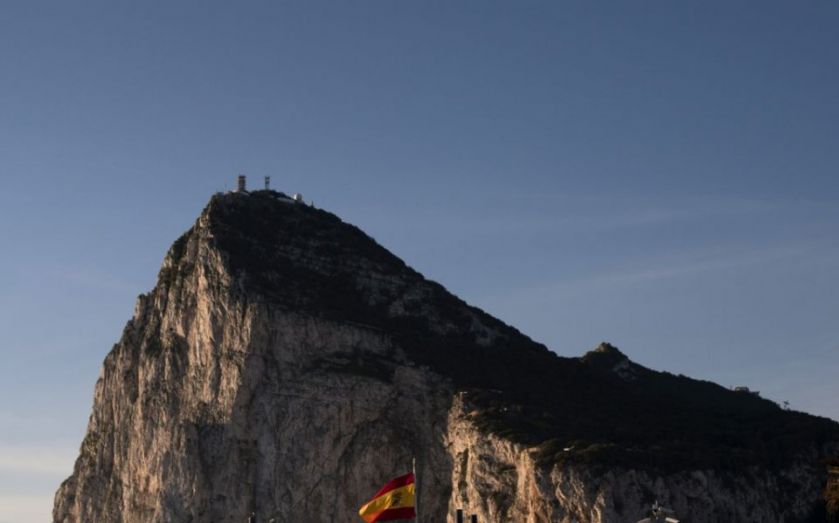 Covering an area of just 6.8 square kilometres, the British Overseas Territory of Gibraltar punches well above its weight.
At the last count, despite a population of only 32,000 people, it was home to 67 insurers with £9.95bn in total assets, 13 banks, 72 trust and company service providers, 14 pension fund administrators, and 17 audit firms, with 33 per cent of its GDP made up from the financial sector. It also has the highest number of lawyers per capita in the world.
Indeed, the territory, perhaps best known in the popular imagination for its Rock (populated by 160 Barbary macaque apes which, like any other patient, are given a bed in which to recover at the Royal Naval Hospital when unwell), is a vibrant economic centre, with a corporation tax rate of just 10 per cent. Its GDP per capita in 2013 was £43,137 and it is the second most prosperous territory in the EU.
Yet Gibraltar is far from a oneindustry town. Its location at the mouth of the Mediterranean gives it a unique strategic position. It has been an important naval base for more than 1,000 years, and it has long been a military outpost for Britain and its allies. During the Second World War, for example, Gibraltar was the site of US general Dwight D Eisenhower’s headquarters when he was planning the invasion of North Africa. Reflecting its geographical position, it is also a significant shipping hub. One third of the world’s oil and gas and half the world’s trade passes through the narrow strait it towers over between Europe and North Africa. It is also one of the world’s most successful hubs for online gaming. Gibraltar receives 60 per cent of all global online casino and gaming business, boosted by the fact that it is a UK whitelisted gambling jurisdiction and has a 1 per cent gaming tax capped at £425,000.
The tourist figures are impressive too. It has 9.8m land frontier arrivals every year, while 300,000 arrive on cruise ships. Highlights include 300 days of sunshine a year, the 32 miles of tunnels that honeycomb the Rock, and the sight of one of Europe’s premier fortresses, so impregnable that it has not been taken in 300 years.
The territory also defies stereotypes. Hardly the last bastion of the traditions of Empire, it has its own language, Llanito, a blend of English and Spanish. Until the 1970s, camels and their keepers were brought over from Morocco to take part in a parade at Christmas known as the Three Kings Cavalcade.
Famous scions of Gibraltar include the boundarypushing House of Dior fashion designer John Galliano.
Yet alongside the international links that allow Gibraltar’s industries to thrive (it has a special relationship with the EU which means it is a member but is permitted not to apply VAT), the territory retains close ties with Britain.
Despite regular pressure from Spain for the UK to cede sovereignty, in a referendum held in 1967, 95.8 per cent of eligible voters backed the retention of Gibraltar’s link with Britain.
Today, Gibraltarians are selfgoverning British citizens, with their own Parliament.

From WB Yeats to Robert Browning, Mark Twain to Daniel Defoe, Gibraltar has long inspired the cultural greats. Indeed, William Turner, the nineteenth century British artist, painted a series of scenes including the Rock and its shipping lanes without stepping foot in the territory.
Starting today, with City A.M. its UK media partner, the Gibunco Gibraltar International Literary Festival will, for the third year running, see authors and historians, chefs and celebrities from the English-speaking world and beyond gather for four days of talks, lectures, debates, performances and tastings.
The Festival’s director Sally Dunsmore says: “over the past three years, we have sought to stage literary festivals on the Rock, which not only reflect Gibraltar’s long association with Britain and the English-speaking world, but also reflect the fact that for thousands of years Gibraltar has occupied a unique position – standing between the two continents of Europe and Africa, and between the Mediterranean and the Atlantic ocean. This has produced an extraordinary fusion of cultures and traditions. Then there are the roles of Gibraltar in recent centuries as the greatest fortress in the world, and a gateway to empire trade and travel.”
“City A.M. is very excited by our new found partnership with the Gibunco Gibraltar International Literary Festival. We are looking forward to supporting this great event,” says City A.M. co-founder Lawson Muncaster.
Dunsmore adds: “Ticket sales are at record levels and we are looking forward to a memorable four days of talks, lectures and debates. Given Gibraltar’s standing as one of the leading financial services centres in Europe, we are delighted to have City A.M. as the Festival’s UK media partner.”
Below are some of the highlights.

In conversation with former Independent editor Simon Kelner, today, City A.M. founder and chief executive Jens Torpe will discuss the future of newspapers, and the challenges and opportunities presented by the internet and new technologies. Torpe co-founded City A.M. with Lawson Muncaster ten years ago, having previously served as chief operating officer at the Swedish newspaper group Metro International, which pioneered the free newspaper model. This year, City A.M. is pleased to be the UK media partner of the Gibunco Gibraltar International Literary Festival.

PETER FRANKOPAN – SILK ROADS: A NEW HISTORY OF THE WORLD

A new Silk Road, crossing Asia and into Europe and involving billions of pounds in infrastructure investment, is a signature part of China’s current foreign policy. In the Gibraltar Lecture, introduced by Gibraltar’s chief minister, writer and academic Dr Peter Frankopan will assess the role of the original Silk Road in shaping the modern world through the exchange of ideas, goods, disease, and death. Will China’s current initiative have such a significant impact?

This Saturday, prince Asfa-Wossen Asserate will talk about his colourful new biography of his great-uncle Emperor Haile Selassie. King of Kings is an intimate insight into the life of the former Ethiopian leader, remembered at once as a reformer, an autocrat, the messiah of the Rastafarians, and as a fighter in the country’s war-time struggle against an invasion by Italy. Selassie has connections with Gibraltar: he travelled there incognito on his way to exile in 1936, and stayed at the Rock Hotel for three days before continuing on to England.

The actress and entertainer is returning to Gibraltar after her sell-out appearance at last year’s Gibraltar International Literary Festival.
Maureen Lipman will talk about her life, and read a few of her brilliantly witty monologues, with writer and journalist Paul Blezard. Lipman is an Olivier award-winning actress and recently starred in the West End production of Harvey. She returned to our TV screens this autumn as presenter of Disappearing Britain, a celebration of all that is British.

The British traitor Guy Burgess, a member of the Cambridge Five spy ring that passed UK secrets to the Soviet Union during the Cold War, is the subject of this discussion by author and literary agent Andrew Lownie. In Lownie’s book on Burgess, reflecting on the time the latter spent in Gibraltar, he shows how he was able to penetrate the British intelligence services despite a life of drunken and indiscrete philandering. Lownie will give another talk at the Festival about how to find an agent and get published.

Cybercrime is once again top of the headlines in the wake of the Talk Talk scandal. In a talk on his new book Cyberphobia, Economist senior editor Edward Lucas will explain why the internet is not as safe as we might think it is and why our passwords are no barrier to those intent on getting past them without us knowing. But this threat to our security is never going to diminish. Lucas will detail the best defence strategies and why we are moving into a post-digital age.