I.S. leader al-Baghdadi killed in US raid in Syria as Trump claims a political win 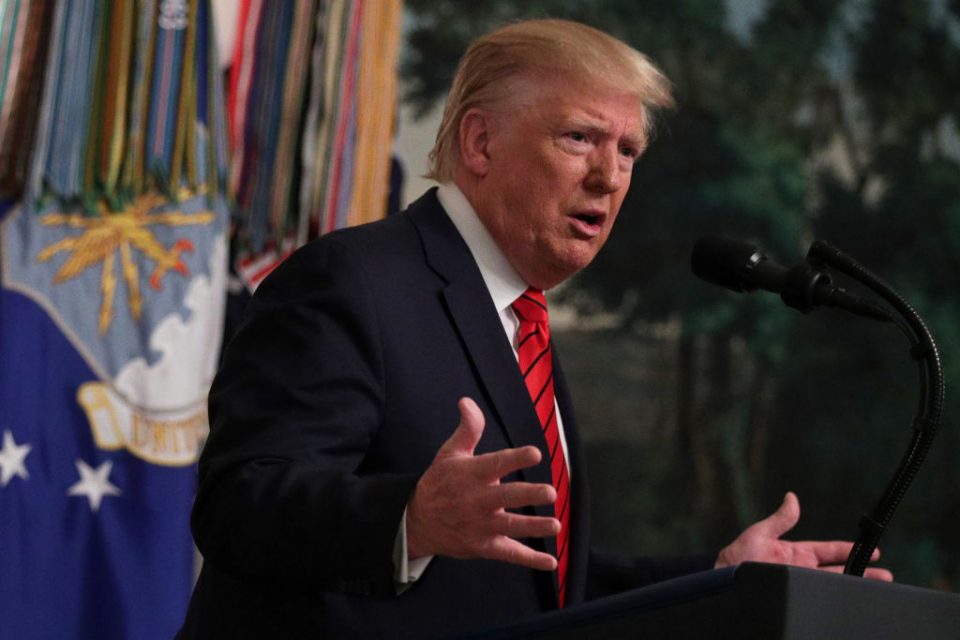 Donald Trump has announced that the leader of the so-called Islamic State (Isis) terrorist group has killed himself during a raid by US forces in Syria, marking a significant political victory for the US President.

In a televised address to the nation from the White House, Trump said Abu Bakr al-Baghdadi detonated an explosive vest while fleeing US forces down a dead-end tunnel during the attack, killing himself and three of his children.

“The thug who tried so hard to intimidate others spent his last moments in utter fear, panic and dread, terrified of the American forces coming down on him,” Trump said.

“He reached the end of the tunnel as our dogs chased him down. He ignited his vest, killing himself and his three children. His body was mutilated by the blasts. The tunnel had caved on him.”

Trump has faced a wave of harsh criticism in recent weeks for his decision to pull US troops from Syria, a country Isis once controlled vast swathes of. Experts fear the move could lead to the group’s resurgence.

The announcement is therefore an important win for the President, as Baghdadi’s death hampers Isis’ collective ability to reorganise. It also comes at a time when Trump battling a Democrat-led impeachment inquiry.

The President used the announcement to stake his intention to make a deal with Exxonmobil or another energy company to tap Syrian oil reserves.

“What I intend to do, perhaps, is make a deal with an ExxonMobil or one of our great companies to go in there and do it properly…and spread out the wealth,” he said.

“The oil is so valuable, for many reasons,” Trump said on Sunday. “It fueled ISIS, number one. Number two, it helps the Kurds – because it’s basically been taken away from the Kurds… And, number three, it can help us, because we should be able to take some also.”

Senator Lindsey Graham supported Trump’s focus on Syrian oil in a press conference, when asked by what legal right in international law the US could seize Syrian oil.

“This was the chief source of revenue for a long time for ISIS,” Graham said. “It is now in the hands of Syrian Democratic Forces, which are Arabic Kurds, mostly Kurds, with the partnership with the United States. So, no this doesn’t violate any law. In my view, what it does is just good common sense foreign policy.”

Trump’s former secretary of state, Rex Tillerson, was chairman and CEO of Exxonmobil, which is currently battling a lawsuit that alleges it misled investors about the risks of climate change regulations to its business.