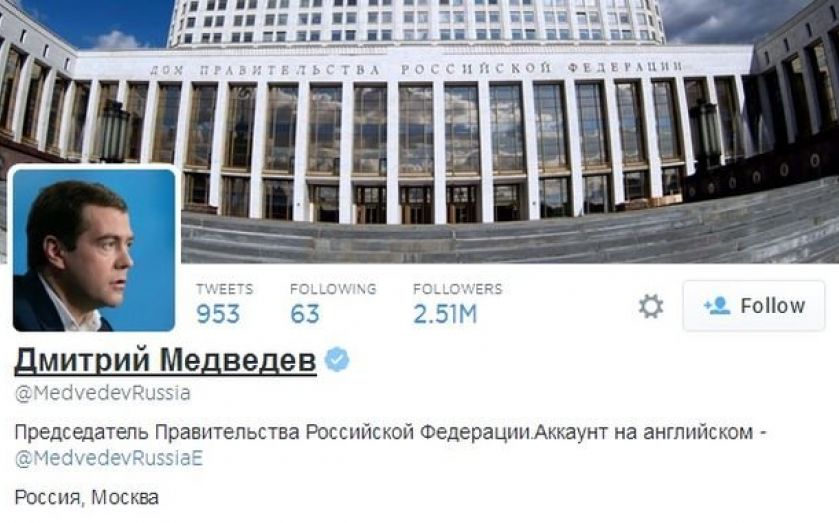 “I resign. I am ashamed for the actions of the government. I’m sorry,” Russian prime minister Dmitry Medvedev tweeted earlier today.  Or so hackers would have us believe.
The Russian leader's Twitter account appeared to have been successfully targeted, publishing a series of tweets this morning criticising president Vladimir Putin, retweeting opposition journalists and announcing his resignation.
A tweet by prominent Russian lawyer and political activist Alexei Navalny, saying “Crimea isn't ours. Please retweet," was among those the account endorsed, according to ABC News.
Another said: “We could return to the 1980s. That is sad. If that is the objective of my colleagues in the Kremlin, they'll achieve that quickly.”
The hack took place at around 10:20am Moscow time (06:20 GMT) with a government spokesperson telling the state-run RIA Novosti news agency the account had been hacked.
"The messages are not genuine. We’re working on the problem,” the spokesperson added.
The account is now back under official control and the tweets deleted.  No one has claimed responsibility for the hack.