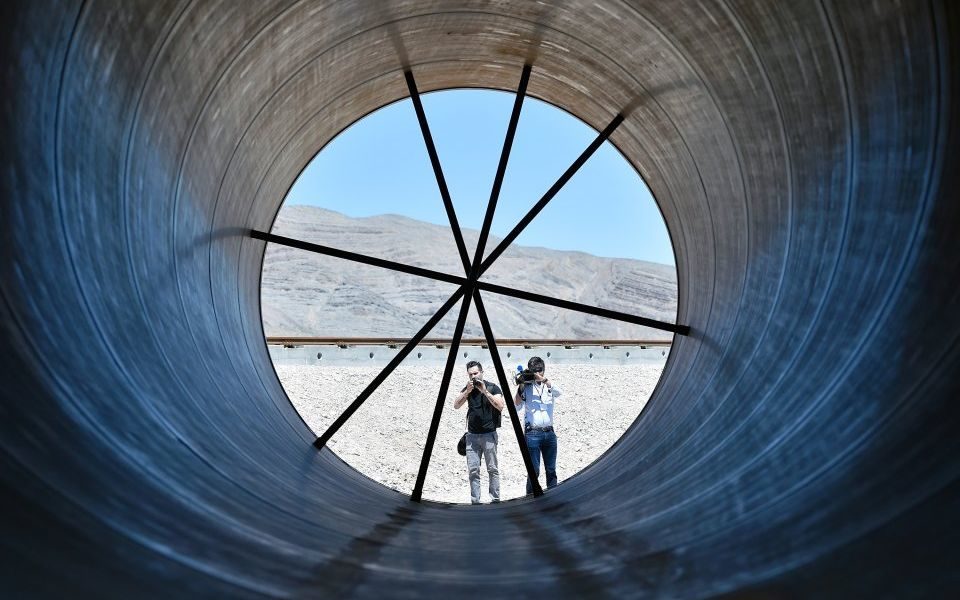 Britain can reasonably claim to have invented the railway. Stephenson’s Rocket represented the pinnacle of British industrial-era innovation.

The ability to move products and people by steam locomotion had a transformative effect on society. British ingenuity saw railways knit communities together across the country, and eventually the globe.

And for the next couple of centuries, little changed. The same techniques are being used to maintain track now that were used in Stephenson’s time. Now at last Network Rail is looking at mechanising track renewals and working hard at new signalling systems that can deliver 40 per cent more capacity on the same track.

Others, meanwhile, are rethinking the whole principle of fast inter-city travel. Plans to build a hyperloop between Abu Dhabi and Dubai raise the prospect that a great transport revolution could have the same transformative impact as the Rocket did nearly 200 years ago.

The hyperloop is the brainchild of Elon Musk, the man behind PayPal, Tesla, and SpaceX, who has always been fascinated by space and time as only a Silicon Valley billionaire can afford to be.

It offers connectivity on a scale previously only seen in science fiction. It encapsulates the idea of travel at aircraft speeds but in rail-like conditions.

Essentially, passengers would travel in pods inside tubes from which air is extracted, creating a near vacuum in front of the pod.

Those of us old enough to remember how your grocery bill was sent from counter to till by just the same method will recognise that this is actually not new, albeit now imagined on a massively different scale.

The UAE is already a global hub for business and is fast becoming a real leader in transport innovation. A hyperloop between Abu Dhabi and Dubai will see journey times between the two cut from 120 minutes to 12. Geography will cease to be a barrier for employment, business growth, and culture.

Would a hyperloop work in this country? There is certainly no fundamental reason why not.

One of its attractions is that it is significantly less expensive than conventional rail infrastructure. It could connect Gatwick and Heathrow so that they operated as one super-hub airport. It could link London to Glasgow faster than HS2. It could unlock the Northern Powerhouse.

Connectivity is the key to addressing income inequality.

Today’s stark reality is that London is a fortress: one from which those who live within dare not escape – because the day they sell their two bedroom flat in Hackney for a five bedroom house in Newcastle is the day they will never be able to afford to buy it back – and that those who might see job opportunities in the capital simply cannot afford to access.

Already we see the capital’s travel-to work-area stretching to Brighton, Bournemouth, Ipswich, Bristol, Birmingham, and even Newark, more than 100 miles away to the north.

That journey currently takes 80 minutes each way. Imagine if it took 20. It would not only spread wealth more evenly across the whole country – it would solve our housing crisis at a stroke. This is what hyperloop-enabled reality looks like.

As the old song said, people laughed at Christopher Columbus when he said the world was round. They laughed at Stephenson in his early days, and at Brunel when he said he could tunnel under a river. Musk has a habit of doing things that we may laugh at today only to embrace tomorrow.

Britain has some of the world’s best engineers and scientists. We have technology companies that are leaders in their field. There are more Nobel prize winners in Cambridge (population 124,000) than in Japan (population 127m).

What we need is the political leadership to use these raw ingredients to set out how a hyperloop could be deployed across Britain – and fast, because the train has already begun to leave the station.