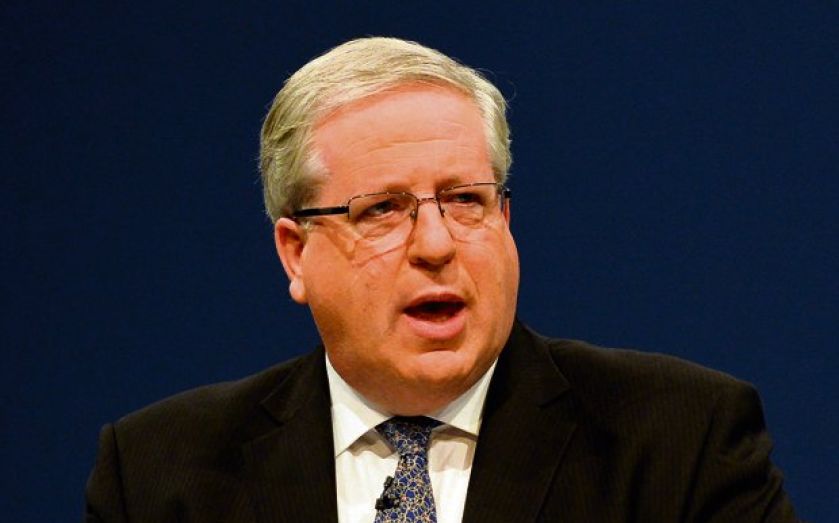 THE GOVERNMENT scaled back the forecasted benefits of the High Speed 2 railway yesterday, but insisted that the £50bn project will still be a huge positive for the economy.

The full Y-shaped route from London to Birmingham, Manchester and Leeds is now expected to generate £2.30 in benefits for every £1 invested, according to a revised HS2 economic case.

This sum is lower than the £2.50 predicted last August, thanks to the project’s soaring budget. However, the decline is less stark than it might have been, as the updated forecasts predict that up to two-thirds of HS2 users will be travelling for business, compared to a previous forecast of around 30 per cent.

The value of an hour for a passenger doing work on a train has been cut from £47.18 to £31.96, compared to just over £6 an hour for someone travelling for leisure.

Updated plans for the remaining West Coast Main Line have also pushed up the expected advantages of the HS2 project.

HS2 director general David Prout said the benefits could rise to £4.50 for every pound spent if public demand for rail travel continues to rise beyond 2036, just three years after the full route is open.

He told reporters that the current forecasts are based on the eventual operator of HS2 charging the same fares as existing railways, rather than a premium for quicker travel. He warned that London risks becoming a “global city surrounded by a rust belt” unless HS2 goes ahead.

The government’s new figures also looked at the effects of failing to build HS2. A study by Network Rail found that 386 weekends of track closure will be needed while HS2 is being built – compared to as many as 2,790 weekends to patch up the existing north-south railways.

Opinions remain divided on the scheme. Shadow chancellor Ed Balls repeated his claim that Labour will drop support for the project if the cost balloons further.

The CBI called on politicians to unite behind a “modern railway line to tackle the looming capacity crunch on the West Coast Main Line”.

HS2: NEED TO KNOW
■ The government has cut its expected benefits of HS2, but still expects to generate £2.30 per £1 spent

■ Budget rises are to blame, though new and improved forecasts on business passengers have lessened the effect

■ The route from London to Birmingham is due to open in 2026, with extensions to Leeds and Manchester in 2033

■ Current price tag for the entire project is £50bn

“HS2 still relies on overly optimistic passenger forecasts and it doesn’t include the impact of competition on fares from other routes.

“I was wondering how they would square the cost-benefit circle when the costs rose, and it seems they have offset the reduction in the value of business travellers by a big increase in the number of business travellers,” said Wellings, who has estimated the cost of HS2 at up to £80bn, once extra expenses such road links to the stations and regeneration plans are factored into the sums.

“It’s still a fundamentally bad plan but there are ways they could cut the cost, such as cutting phase two [from Birmingham to Manchester and Leeds], which has a much worse economic impact.

“The money could be better spent on reducing the deficit. We would also see better results through reforms to ensure the costs would be borne by the private sector.”

JONATHAN ISABY | TAXPAYERS’ ALLIANCE
“This is yet another attempt by the government to make the numbers behind HS2 stack up, but yet again they have been found wanting,” the TPA’s political director said yesterday. “Those in charge of HS2 have consistently overestimated the benefits of the new line and underestimated the burgeoning bill for the project.

“With today’s Department for Transport figures showing another deterioration in the cost-benefit ratio for the scheme, the case for HS2 is now flimsier than ever.”

GRAEME LEACH | INSTITUTE OF DIRECTORS
“The IoD has long supported key infrastructure projects but we cannot support the inefficient use of taxpayers’ money, particularly if it comes at the expense of other much needed infrastructure improvements or wider investment projects,” the IoD’s chief economist said. “The DfT have today put a lot of weight on the expected increase in regional productivity brought about by the project, and yet 70 per cent of IoD members surveyed say that the scheme will have no impact on the productivity of their business.”