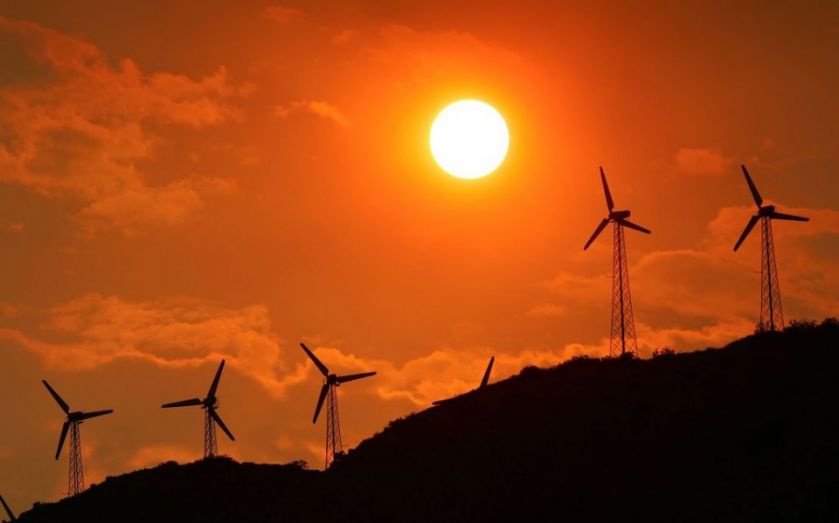 While the falling price of oil continues to cause problems for the world's energy companies, worldwide energy demand will have picked up by 2035.
Energy consumption is expected to rise by 37 per cent between 2013 and 2035, with an average annual increase of 1.4 per cent.
This is one of the predictions made by BP in its latest energy outlook report for 2035, which outlines the “most likely” trajectory of the global energy sector over the next 20 years.
Below is a list of the company's four key predictions on how the sector will evolve over time, based its estimations for economic and population growth, as well as developments in policy and technology.

The US will become self-sufficient, and demand will head East

With its new methods of exploration and extraction of fuels such as shale gas, the US is well on its way to achieving oil and gas self-sufficiency. In fact, its exports are predicted to exceed its imports for the first time this year.
This, combined with lower demand in the US and Europe, will shift energy flows more to the East. Overall, demand is projected to rise by 0.8 per cent annually – but the rise will come completely from non-members of the trade-focussed OECD. By 2035 China is likely to have overtaken the US as the largest single consumer of oil globally.

Of the fossil fuels, natural gas will experience the biggest spike in demand over the next 20 years – it will go up by 1.9 per cent each year, driven mainly by Asian markets.
Around half of this gas requirement will be met by extracting shale gas, most of which is produced in the US, and half by traditional gas production methods used primarily in Russia and the Middle East.
Over the past decade, coal has been so successful because of its popularity in China, but this growing popularity of gas will make it overtake coal as the most sought-after fuel.
One of the main reasons for this shift is a plentiful supply of gas, but also the impact of regulation and policy on the use of coal in both China and the US.

Carbon emissions will grow, and more needs to be done to address the problem

Worldwide, carbon dioxide emissions are projected to rise by one per cent each year to 2035, and by 25 per cent overall.
This is much higher than scientists advise for safety, and the report recommends taking new steps to change policy. “As no one option is likely to be sufficient on its own, multiple options will need to be pursued,” it says.
“This underlines the importance of policymaking taking steps that lead to a meaningful global price for carbon which would provide incentives for everyone to play their role in meeting the world’s increasing energy needs in a sustainable manner.”

Nothing will stay the same

Spencer Dale, BP's chief economist, notes that the sudden decline in oil prices highlights how difficult it is to make firm predictions about the energy sector:

After three years of high and deceptively steady oil prices, the fall of recent months is a stark reminder that the norm in energy markets is one of continuous change.
It is important that we look through short-term volatility to identify those longer term trends in supply and demand that are likely to shape the energy sector over the next 20 years and so help inform the strategic choices facing the industry and policy makers alike.