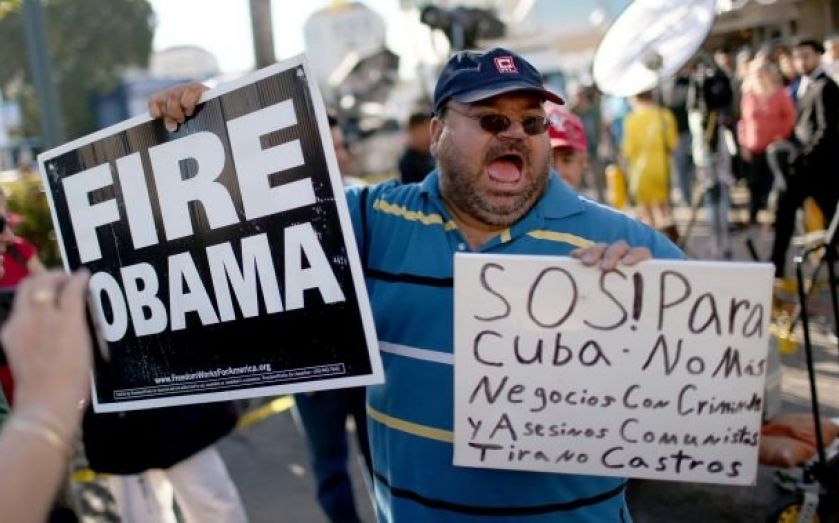 With Russia's economy imploding after several months of economic sanctions (and the small matter of falling oil prices), the timing of the end to a 50-year-old trade embargo between the US and Cuba could not be more interesting.
In the short term, analysts do not expect much impact on either the US or Cuban economies. But there are still some industries in both countries that stand to benefit.
Much of the Communist country's trade is still controlled by the state, and the populace has limited disposable income, so businesses hoping to see a quick boost to imports will probably be out of luck.
“We’re not looking at a large impact on Cuba,” Christopher Sabatini, senior policy director at the Americas Society and Council of the Americas, told International Business Times. “For the U.S. economy, these changes will be minimal, too.”
Cuba's economy is still expected to grow at less than three per cent next year, and the lifting of the trade embargo “doesn't address the multuple distortions and structural hurdles” it faces, Sabatini said. “Cuba has not become an investment paradise.”
However, the fact remittances – the amount of money Cuban-Americans can send back to their homeland – have been quadrupled from $500 to $2,000, which could see a huge increase in consumer spending.
"This particular measure is a sign to promote the sending of money and investment and other kinds of support for the fledgling private economy in Cuba," Jorge Duany, director of the Cuban Research Institute at Florida International University, told the BBC. He notes employment in that sector has already grown to nearly half a million people.
The tourist industry in Cuba stands to benefit as the agreement relaxes travel between the two countries, though not completely.  The new limit for US travellers bringing Cuban goods back home – $400 per person, of which $100 can be alcohol and/or tobacco products (ie rum and cigars) – means that initially at least, there is unlikely to be a huge increase in demand for the country's two most iconic products, but it could well set the ball rolling.
Meanwhile US telecoms firms could benefit in the longer term from the opening up. Obama referenced the fact that Cuba had failed to benefit from technological advances because of the trade embargo.
The BBC also tips US agribusiness as benefiting, given Cuba's relatively high food imports (60-65 per cent of the country's food).