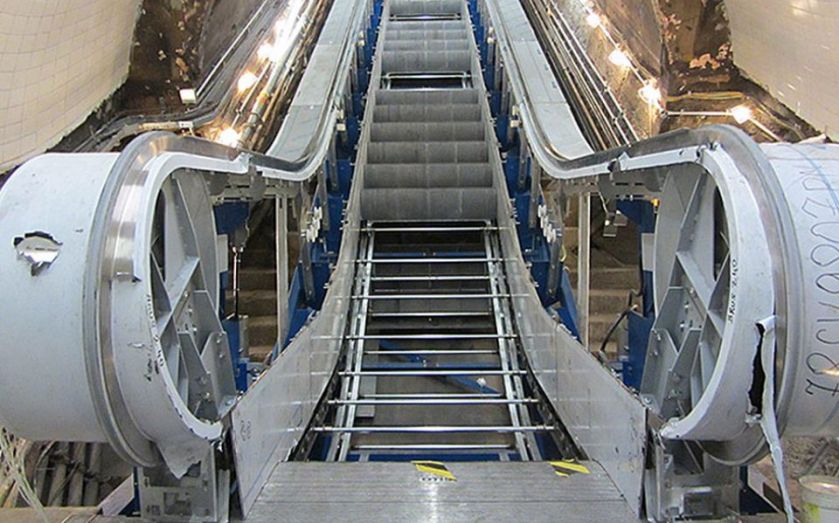 Maintaining the heavy duty escalators and lifts which support London's tube network is a mammoth task – and this helps to explain why replacements and refurbishment can take such a frustratingly long time.

It all boils down to the fact these escalators and lifts aren't subjected to an ordinary degree of wear and tear, according to Transport for London (TfL).

Escalators and lifts on the tube network are used by around 1.265bn customers annually, and generally operate in both directions for a period of up to 20 hours a day, seven days a week, 364 days a year.

But because of the number of passengers they're used by, as well as the number of trips they have to perform, they're classed as heavy engineering machinery meaning upgrades can take a very long time.

It can take up to 24 weeks to carry out an overhaul, particularly when spare parts have to be manufactured from scratch and installed deep underground in confined spaces.

Physical and geological considerations mean that every escalator on the Underground network is custom-built for its location.

Many components are made bespoke by the manufacturers, which mean a stockpile of spare parts can't be built up.

A typical heavy-duty escalator weighs 40 tonnes, has a vertical rise of 15 metres and would span over 37 metres if was laid out flat.

Some installed pre-WW2 are actually embedded into the station's structure, such as those which were at Embankment Station, requiring a lot of building work to create enough space to fit a new escalator.

Below are pictures of escalator refurbishments at Embankment Station which was closed to the Bakerloo and Northern lines for 10 months. 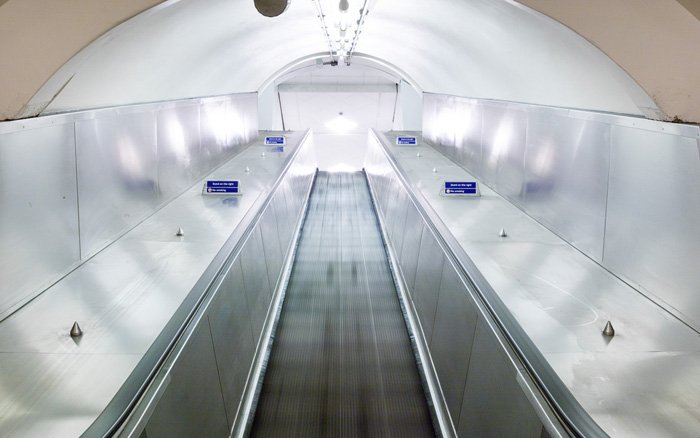 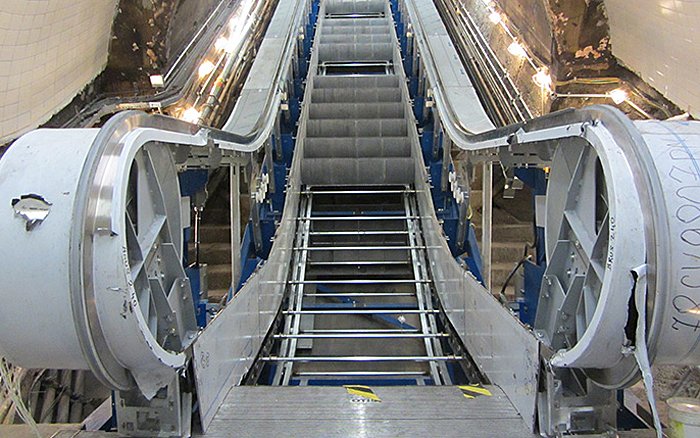 View from lower landing of the escalator with new decking panels (Source: TfL) 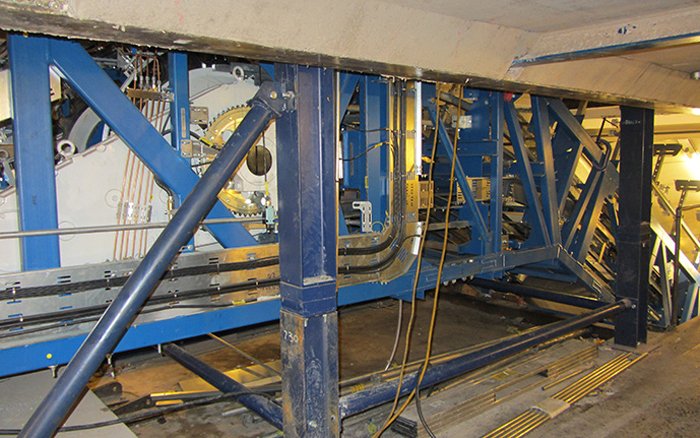 View of the new upper truss section from the machine room (Source: TfL) 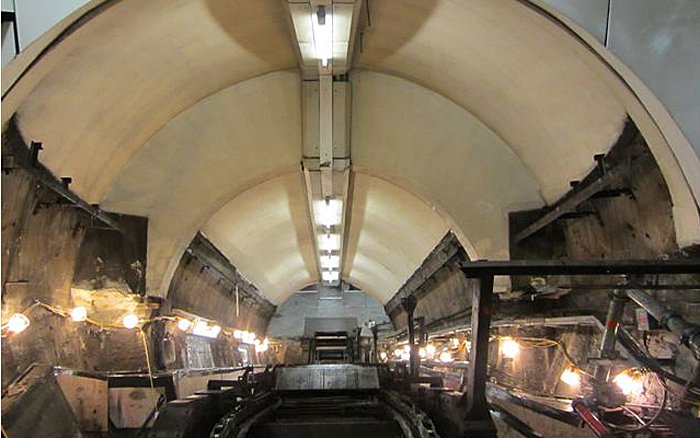 Upper landing during removal of the old escalator (Source: TfL) 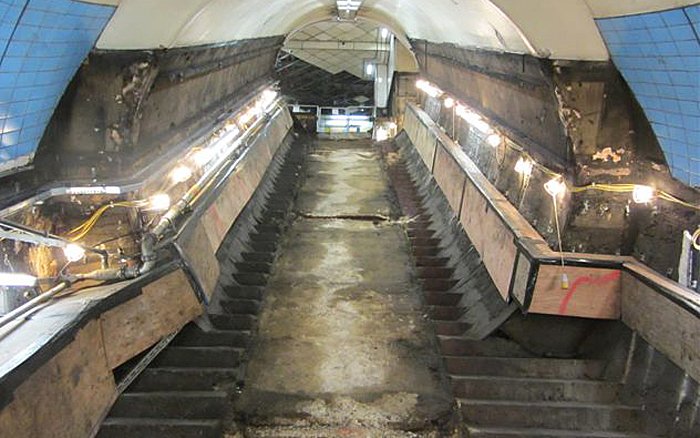 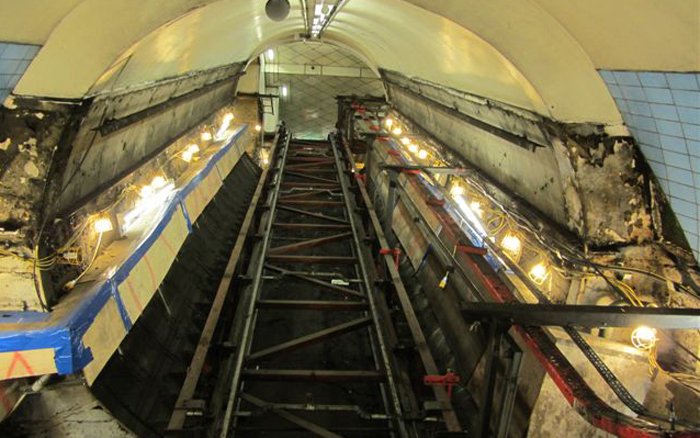 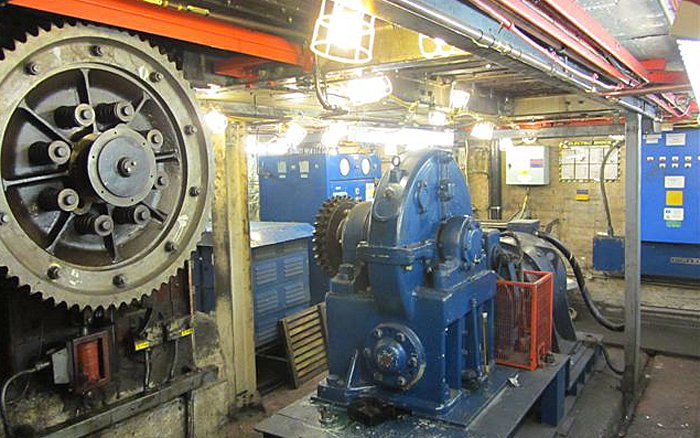 Upper machine chamber, the old machines have been removed as they are life expired (Source: TfL) 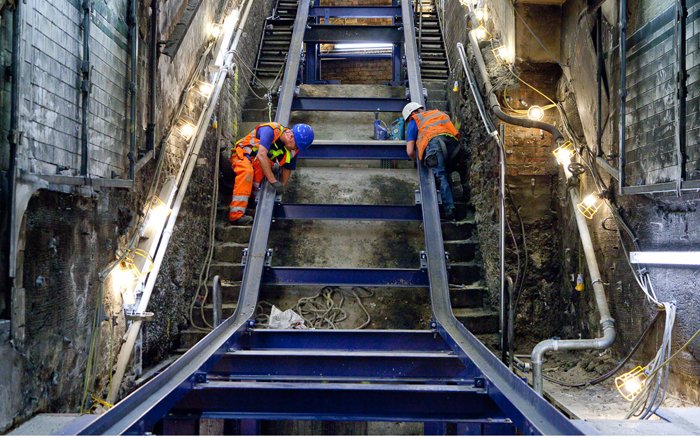