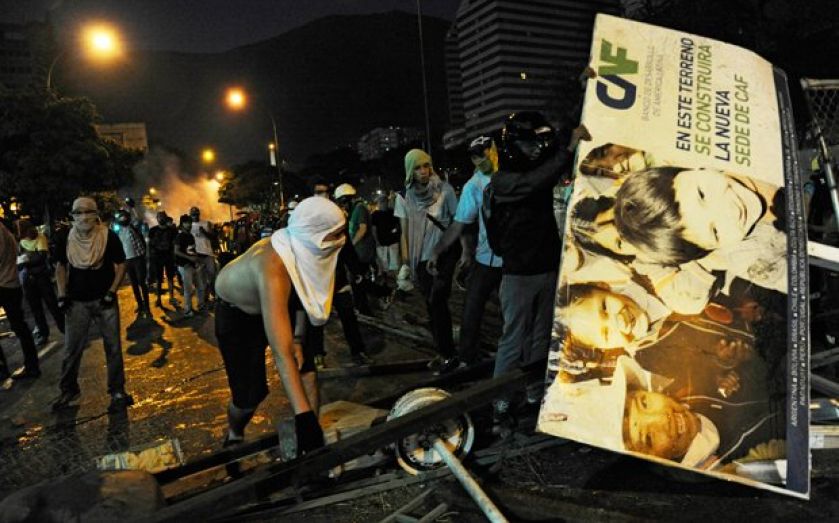 MILTON Friedman once said that, if you put the government in charge of the Sahara desert, there’ll eventually be a shortage of sand. No wonder that, after 14 years of socialist government, Venezuela – the country with the world’s largest oil reserves – is currently importing gasoline. This fact highlights Venezuela’s painful descent into chaos, as the economy crumbles and the nation’s social fabric unravels.

Venezuela is now witnessing its largest protests in a decade. The government of President Nicolas Maduro has cracked down on demonstrations with unprecedented force, using the National Guard and armed paramilitary gangs. At least 14 people have been killed, with hundreds detained – including Leopoldo López, one of the most emblematic leaders of the opposition – and over a dozen cases of torture reported.

Driving the unrest is a large segment of the population that is fed up with the country’s rapidly deteriorating economy. Despite receiving over $1 trillion in oil revenues since 1999, the government has run out of cash and now relies heavily on printing money to finance itself. The result is the highest inflation rate in the world: officially 56 per cent last year, although according to calculations by Steve Hanke of Johns Hopkins University, the implied annual inflation rate is actually 330 per cent.

The government reacted to skyrocketing inflation by following the typical socialist script: it imposed draconian price controls and has been raiding businesses it accuses of hoarding. As a result, there are widespread shortages of food and medicines, and people have to endure hour-long lines in supermarkets. The scarcity index produced by Venezuela’s central bank reached 28 per cent in January, meaning that one out of four basic products is out of stock at any given time. Somehow, toilet paper is now more valuable than paper money.

The productive sector has been decimated after hundreds of nationalisations and expropriations. Oil now accounts for 96 per cent of export earnings, up from 80 per cent a decade ago. Moreover, due to gross mismanagement at PDVSA, the state oil monopoly, production has dropped by 28 per cent since 2000, the only major energy producer in the world to experience a decline in the last quarter of a century.

The economic hardship faced by Venezuelans is compounded by a horrific rise in crime. The country is now one of the most dangerous places in the world, with almost 25,000 homicides in 2013 – a murder rate of 79 killings per 100,000 inhabitants. One of the reasons the protests are growing, despite the government’s brutal repression, is that the country is quickly becoming unlivable and many Venezuelans think that they have nothing to lose.

As the economy is spiralling out of control, the government is casting aside any pretence of being democratic. Maduro, who currently enjoys the power to rule by decree, has consolidated his regime’s grip on the media: all TV stations either belong to the government or toe its line. International networks have been blocked from cable. Dozens of opposition radio stations have seen their licenses revoked, and the newspapers, the last bastion of the free press in Venezuela, are weeks away from shutting down because the government denies them the hard currency they need to buy print paper.

Maduro’s main challenge is that he doesn’t command the same level of loyalty, much less adoration, as his predecessor Hugo Chávez. Thus, with the indispensable help of Cuba’s security apparatus, he relies on ever more ruthless tactics. He even said recently that he doesn’t mind being called a dictator. Unfortunately, the army and the National Guard are firmly aligned with the government and there is little or no chance that they might baulk at exercising unrestrained violence against unarmed civilians. With no diplomatic pressure coming from other Latin American nations or regional groupings such as the Organisation of American States, the Venezuelan government has a free hand to repress its people.

Venezuela was once South America’s richest country, taking in immigrants from all over the world. For many years, it was also a remarkable democracy in a region where most nations were ruled by military dictatorships. Today, socialism has turned Venezuela into an authoritarian basket case that thousands try to escape every year. With millions of Venezuelans no longer willing to put up with deteriorating living conditions, and a government willing to take whatever means necessary to hold on to power, it looks like the worst is yet to come.

Juan Carlos Hidalgo is a policy analyst on Latin America at the Cato Institute’s Center for Global Liberty and Prosperity.