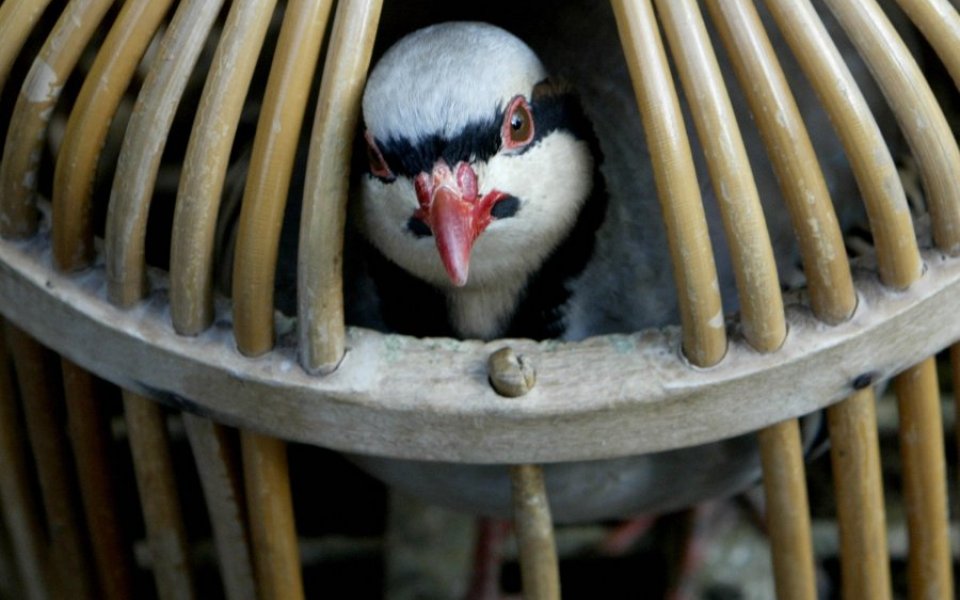 It's the question you all wanted to know the answer to. If you were going to give your true love a partridge in a pear tree, and the rest, what are the tax liabilities? How much would the taxman make, and are the gold rings deductible?

Well, with the help of the Institute of Chartered Accountants in England and Wales (ICAEW)'s technical manager Anita Monteith, we can reveal that the hens and the geese would be the savviest purchase, being largely VAT exempt.

The first day of Christmas: A Partridge in a Pear Tree

Turtle doves are a protected species so it would be illegal to buy them as an ornamental bird or as a source of food.

But, the two turtle doves in the song are said to represent the two testaments of The Bible – old and new. You don’t have to pay VAT on The Bible as it’s zero-rated. Winning.

If your true love will make do with British hens instead of French ones, you'd be able to nab a Christmas bargain. It would be cheaper to buy the hens in the UK, as VAT on poultry intended as food is zero-rated, whereas in France, you would pay VAT on food is charged at 5.5 per cent.

If you wanted them as a pet, rather than as lunch, you're in luck. Animals kept as pets can be zero-rated if they are of a kind that is normally used for human food production, such as hens.

The ‘calling birds’ in the song are actually blackbirds. To borrow from another traditional rhyme, if you were to bake the four blackbirds (plus an additional 20) in a pie, it could be liable for tax.

If the pie is kept and sold warm, the standard 20 per cent rate of VAT will be due. However, if it’s served straight from the oven or left to cool down it is zero rated, so no VAT to pay.

Investing in pure gold makes greater financial sense than purchasing gold rings or jewellery on the high street where you will be paying VAT at 20 per cent. Gold is also at a five year low at the moment, so it's a good time to buy, although the price has been volatile recently.

There are other tax advantages too, for example, if you were to purchase gold coins produced by the Royal Mint they would be free of capital gains tax when sold, as they qualify as legal tender.

The same rules apply to geese as hens, so you wouldn't have to pay VAT on them if you were using them for food, including egg production. In case you're interested, the following breeds of geese are zero-rated for VAT: Brecon Buff, Chinese Commercial, Embdem, Roman, and Toulouse.

In fact, this could be a sound alternative investment, as hen egg prices are set to reach new records as the number of laying birds in the US have been reduced by recent outbreaks of avian flu.

Swans are another protected species, and technically all belong to the crown, so while roast swan used to be popular addition to royal banquets, you're not likely to be able to pick one up at Waitrose anytime soon. It's a criminal offence to harm or 'take' a swan, not to mention they would be tricky to wrap… ​

Let’s assume that the maids a-milking each married a piper piping. If the maid earns less than the personal allowance for tax (currently £10,600), she would be able to transfer up to £1,060 of her unused allowance to her piper spouse, assuming he pays tax at the basic rate. This could be worth up to £212 for each couple.

Suppose the ladies work on a freelance basis and are able to claim back some of their expenses from HMRC. If you’re self-employed, you can deduct the majority of costs you incur for the sole purpose of earning business profits from your turnover. For example, these dancing ladies could claim back specialist dancewear and shoes.

As lords, we can assume that each of their estates exceeds the £325,000 inheritance tax (IHT) threshold. This means the rate of inheritance tax is 40 per cent on everything above this allowance.

If you remember, we married off eight of our pipers to the eight maids, but what of the remaining three pipers? If they live alone, they may be able to claim a sole occupancy discount of 25 per cent on their council tax. In some areas, that could be worth over £400 per year.

If you would prefer to download a more traditional version of the Twelve days of Christmas and listen to twelve drummers drumming, the VAT you will pay on streaming music will be charged based on supplies to individual customers in the country in which you are located. This means internet businesses can no longer save VAT by supplying digital services from EU jurisdictions with a low rate of VAT (such as Luxembourg).