How could the oil attacks in Saudi Arabia affect investment? 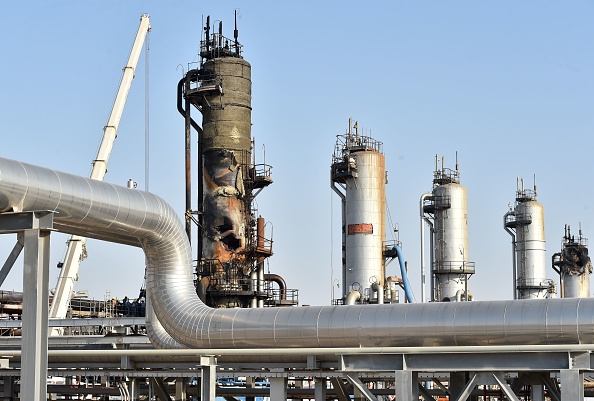 Things are heating up in the Middle East following the attack on an oil field in Saudi Arabia just over a week ago.

The kingdom produces 10 per cent of the world’s oil, and while state-owned company Saudi Aramco, which owns the damaged plant, is drawing on its inventories to prevent export levels from falling, there are growing concerns around the global oil supply.

Perhaps even more troubling is that the crisis has triggered a rise in geopolitical tension.

The Yemeni Houthis, an Iran-aligned rebel movement, claimed responsibility for the drone and missile attack on 14 September, while Iran itself has denied any involvement.

However, both Saudi Arabia and the US have condemned the country for the strikes, while Boris Johnson added fuel to the fire yesterday by giving Britain’s first official attribution of blame, saying that there was a “very high degree of probability” that Iran was responsible.

Foot off the gas

Unsurprisingly, we’ve seen some large swings in the oil price over recent days, with both Brent crude and WTI spiking by 15 per cent in the two days after the attack.

Saudi Aramco initially sought to reassure the world that it could restore production quickly and be back to normal by the end of this month, causing the price of both to fall back down by around seven per cent.

However, the company has since backtracked on that pledge. According to board members, it may take months, rather than weeks, to restore the company’s oil output following the drone attack.

Pierre Veyret, technical analyst at ActivTrades, says that this delay could support the current rally on crude.

It is thought that the knock-on impact of the attacks will come to light next month when Aramco’s inventories start to run low, so it’s possible that the oil price will jump again then.

The hit to oil supply could also put further pressure on stocks, as it increases costs for businesses, while consumers have to fork out more on fuel, giving them less money to spend elsewhere. Indeed, Veyret says that the problems in Saudi Arabia could prove to be a bearish driver for global stocks.

Hussein Sayed, chief market strategist at FXTM, thinks that two questions need to be answered this week to help forecast the next move: first, how fast will Aramco restore lost output, and second, what are the chances of a US strike against Iran?

“While investors do not seem to be pricing in a military confrontation, this option shouldn’t be completely ruled out,” he warns. Indeed the big concern is that the tensions could escalate so far as to initiate a war in the Middle East.

The attack couldn’t come at a worse time for Saudi Aramco, which has been planning its long-awaited initial public offering (IPO).

There are mixed messages coming from the oil giant; while there were reports last week of Saudi officials considering delaying the IPO, just days later, Aramco announced that it had hired UBS Group and Deutsche as bookrunners, which indicates that the flotation is underway.

It is thought that the oil giant is trying to downplay any issues in order to counteract concerns about its reliability, therefore making it difficult to truly comprehend how damaging the attacks have been to its supplies.

But while Saudi Arabia is struggling to revive its oil production back to its previous level, Naeem Aslam from Think Markets points out that Aramco’s executives are determined to do whatever it takes, including paying premium rates to workers.

Fuel to the fire

So how worried should the UK be about all of this?

Lee Wild, head of equity strategy at Interactive Investor, argues that there is definitely cause for concern, particularly if the oil prices remain high for prolonged periods of time.

“For corporates that consume vast quantities of fuel – airlines, cruise operators and hauliers are the obvious ones – every increase in the oil price eats into profits. This potentially puts jobs at risk, as costs are cut elsewhere.”

Wild also warns that this problem filters down to every small business that runs a car, heats an office, or borrows from the bank.

“This last point is relevant, as persistently expensive oil has implications for inflation, which central bankers are charged with keeping under control. Already occupied by Brexit, the US-China trade spat, and slower growth, a forced hike in interest rates to offset an oil-led inflation boom is something that UK policymakers could do without.”

However, Rathbones’ Ed Smith doesn’t think that there is much reason to worry about the price of oil, pointing out that OECD stocks alone could cover a permanent loss of Saudi production for 900 days.

“In OECD countries, commercial inventories alone stand at three billion barrels, which is a couple of hundred million higher than the 10-year average, with government inventory estimated to be another 1.5 billion on top of that. And the OECD doesn’t include China or Saudi Arabia, both of which have strategic stockpiles.”

He also points out that the oil price is still considerably lower today than it was a year ago.

“Our assessment of the direct economic implications suggests that there’s no reason to panic unless the violence escalates.”

And indeed, the consensus seems to be that geopolitical uncertainty is the real risk here.

With the US sending troops to the Middle East and the UK Prime Minister refusing to rule out the prospect of a military intervention, there is scope for this issue to worsen.

Neil Wilson from Markets.com says that more attacks on Saudi Arabia or ongoing tension would likely cause oil prices to rise. But he also points out that the measured response so far from the US and Saudis is quite likely to keep a lid on prices, because it makes it less likely that there will be a war with Iran.

And while Iran was recently condemned for seizing a British tanker along the strait of Hormuz, the increased US-led naval presence to keep this important sea passage open suggests that oil prices could weaken.

Investors should keep an eye on what’s being said by the world leaders to gauge what the oil price is going to do next.