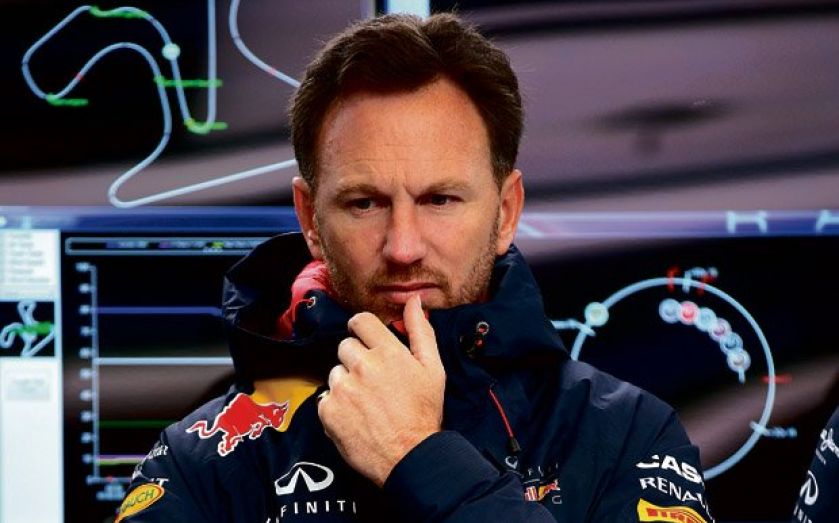 FORMULA One must agree measures to reduce the cost of engines if it is to head off the threat of further teams falling into financial difficulty, according to Red Bull principal Christian Horner.

The insolvencies of Marussia and Caterham blighted the end of last season, while monetary turmoil is also casting a shadow over the new campaign, with Force India, Lotus and Sauber demanding advance payments before committing to next week’s curtain-raising Australian Grand Prix.

Plans to cap engine costs at £5m in 2010 were scrapped and teams failed to agree a deal to ease the burden on struggling outfits in fresh talks late last year. Teams operate on estimated budgets of between £60m and £250m, of which the cost of engines and the Energy Recovery System (ERS) – collectively known as the power unit – are among the biggest expenses at around £18m.

“I think it’s important that we get costs under control, that all teams are viable operating concerns,” Horner told City A.M. “Obviously the power unit is a big cost-driver so that’s an element that needs looking at with quite a bit of urgency. I think they’re the fundamental things and that’s in everybody’s interests. I think there’s a lot going on discussion-wise but, as always, we talk a lot without concluding as much as we should have done.

“The most important thing that we do collectively is look to try and address the current issues with the power unit in terms of the cost and the burden that’s placing not just on the customer teams but also on the manufacturers themselves. So I think fundamentally that’s the most important thing we need to look at in the very near future.”

Horner says a cap on engine costs would not only ensure a more sustainable future for the sport, it would also make the spectacle more appealing to spectators by increasing competition.

“I think it’s important we have good racing and obviously the closer the field is, the better the racing will be. I think that’s the most fundamental thing that fans appreciate,” he added.

“The power unit at the moment is a big performance differentiator. I think the gap between the best and the worst needs to be reduced, and that will automatically create closer racing.”

Horner makes no secret of his eagerness to return Red Bull to the top of the podium, and believes the team’s prospects look better than they did heading into the Melbourne curtain-raiser 12 months ago.

“We’ve certainly made a step forward, how big that step is it’s difficult to say until we get to the first race,” the Englishman, who in 2010 became F1’s youngest championship-winning team principal, aged 36. “Certainly Renault and everybody at Infiniti Red Bull Racing have been working tremendously hard over the winter and hopefully we have managed to close that gap.”

Horner is also keen to help Red Bull’s charitable arm Wings For Life continue the success of its Formula One Challenge, which offers unique racing experiences to companies who compete to raise the most money for spinal cord injury research, and World Run event.

“I have run a half-marathon and been involved in quite a few bits and pieces, and the team actively take part in several events to try and generate funds for Wings For Life,” he said. “It’s our nominated charity so we try to support wherever we possibly can to help generate funds for the cause.”