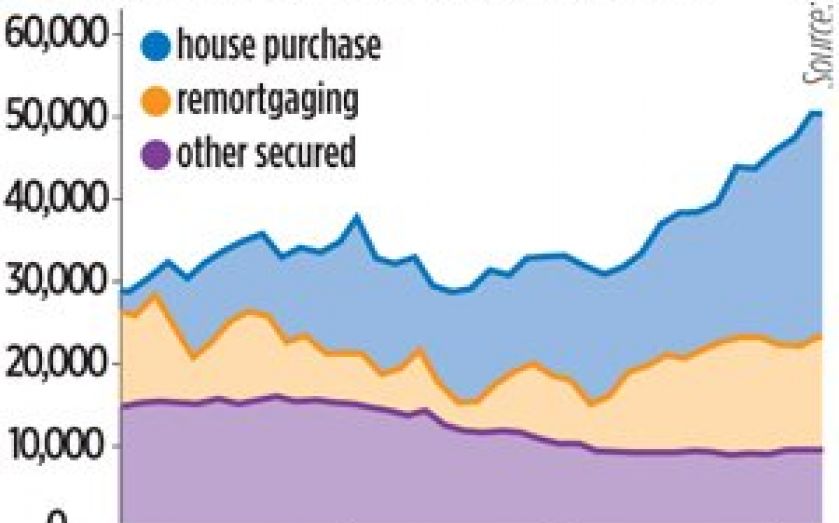 BRITISH banks last month approved the highest monthly level of mortgage lending since September 2007, before the devastating effect of the financial crisis.

Mortgages for house purchases have soared by 57 per cent since the same month last year, and remortgaging has also grown by 51 per cent in the same period. The British Bankers’ Association (BBA) said there were 49,972 mortgages for purchases alone during January.

The sector has seen a significant recovery over the past year, with activity surging with prices, especially in the south east of England and London.

Despite the rapid upswing for the mortgage market, where lending is climbing back towards record levels, net business lending continued to fall in January.

Net lending dropped by another £317m, but the pace of the declines now appears to be slowing, with declines of £920m in December and over £2bn in November. The only section of business lending to record any improvement over the same 12 month period was manufacturing, which had recorded the largest decline in lending at the end of 2011.

“The further fall in net lending to businesses in January comes despite the latest Bank of England credit conditions survey reporting a “significant” increase in credit availability to corporates in the fourth quarter of 2013, with a further increase expected in the first quarter of 2014,” said Howard Archer, chief UK economist at IHS Global Insight.