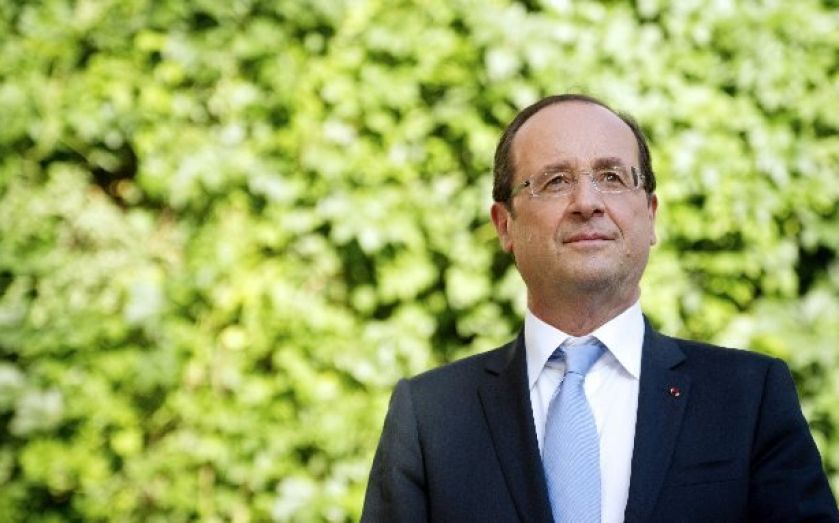 French president Francois Hollande has implored the European Central Bank (ECB) to do more to support growth and employment and combat a "real deflationary risk" in Europe.

In an interview with LeMonde, Hollande argued that "weak inflation too has negative fiscal consequences on revenues as well as debt. A lot will depend on the level of the euro, which has weakened over the past few days but not enough".

Germany was also subjected to the French President's pleas. "We are not asking for any leniency from Germany, but we are asking it to do more to boost growth," Hollande said.

If Hollande is expecting a dramatic shift in ECB policy, he will most likely be disappointed, according to Bank of America Merrill Lynch (BoAML).

BoAML says it expects no action from ECB and believes Mario Draghi is likely to downplay the surprise in inflation on the downside.

The French President said the time had come for the ECB to pump more liquidity into the European economy. The comments come only a day after Moody's warned that measures being taken to tackle France's deficit and revive the stagnating economy were falling behind rivals such as the UK.

The ratings agency cut France's growth forecasts from one per cent to 0.6 per cent in 2014 and from 1.5 per cent to 1.3 per cent in 2015. Furthermore, Moody's said France is likely to miss its fiscal targets for 2014 and 2015 despite already receiving a two-year reprieve from the EU to bring its deficit under three per cent of GDP.

Drawing comparisons with the UK, the ratings agency said: "While headline debt and deficit numbers for France and the UK do not differ significantly at the moment, the UK has a stronger track record of fiscal consolidation, will see its debt burden peak at a lower level and has already been able to execute a very significant package of expenditure cuts since 2010."