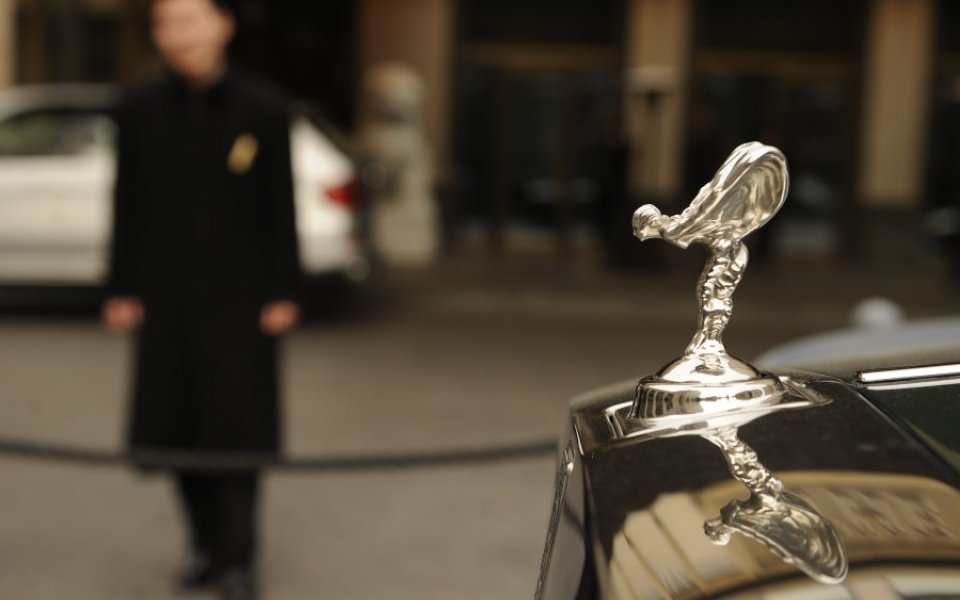 Bored by predictions for 2016 that tentatively forecast interest rate rises and a slight dampening of the property market? Want something that will really make you prepare for the worst (or best) case scenarios out there?

Well hold onto your hat, because it's Saxo Bank's annual outrageous predictions for the year ahead, and they are just as eye-opening as ever…

Remember that brief time when celebrities like Jay Z demanded to be paid in Euros? That could happen again, Saxo Bank believes.

"Europe is running a massive current account surplus and its weaker inflation should, in macroeconomic logic, mean a stronger currency, not a weaker one," the broker said. "The race to the bottom has gone full circle, meaning we are back to a weaker US dollar again as the direct outcome of US interest rates policy."

2. From rubble to rouble

It's not been a good year for the Russian currency, but Saxo Bank thinks that is all about to end.

"By the end of 2016, a surge in oil demand and the Fed raising rates at an inappropriately slow pace causes the Russian rouble to rise some 20 per cent versus the US dollar/euro basket in 2016."

"Next year will look resemble 2000 in Silicon Valley with more startups delaying monetisation and tangible business models in exchange for adding users and trying to achieve critical mass."

​4. Brazil will go for gold

Wouldn't this be nice. After a year in which – let's face it – multinational sporting organisations have not come out smelling of roses, Saxo Bank believes the Olympics could be a force for good, not just for Brazil, but for emerging markets as a whole.

"Stabilisation, investment spending on the Olympics, and modest reforms will see sentiment rebound in Brazil, with EM exports helped by cheaper local currencies. The result: EM equities to have a great year – outperforming bonds and other equities."

Although Saxo Bank has shied away from giving predictions of outright winners, it believes that the GOP will collapse and Democrats romp to victory – in both the Presidential elections and in Congress.

"The Republican Party goes from strength to dramatic weakness as the rifts from an internal struggle on its future direction play out. This leads to a landslide victory for the Democratic Party as they successfully execute a get-out-the-vote campaign with millennials coming out in droves having been frustrated by the political stalemate and weak job prospects of the last eight years."

Hard to see this after a week of yet more lows, but Saxo Bank is confidently predicting a surge in oil prices.

"Opec’s crude oil basket price drops to the lowest since 2009 and unease among weaker as well as wealthier members of the cartel over the supply-and-rule strategy continues to grow. The long awaited sign of an accelerated slowdown in non-Opec production finally begins to flicker. Suitably buoyed, Opec catches the market on the hop with a downward adjustment in output. The price mounts a quick recovery with investors scrambling to re-enter the market to the long side – once again bringing $100/barrel prices onto the horizon."

7. All that glitters is not gold

Gold might have reached a six-year low this month, but that doesn't mean Saxo Bank is backing the precious metal as an outperformer.

"2016 will see a renewed confidence in silver,." the broker says. "The political drive towards reducing carbon dioxide emissions by supporting renewable energy will add to increased industrial demand for the metal, given its use in solar cells. As such, silver will rally by a third, leaving other metals behind."

Investors might be expecting Janet Yellen to start raising rates today, but Saxo Bank foresees "a series of aggressive rate hikes" in the next year, triggering a huge sell-off in all major bond markets.

"As the portions of bank and broker balance sheets allotted to bond trading and market making have almost disappeared, one of the vital parts of a functioning market is simply not there. This realisation sinks in too late and the entire buy-side flee into a panic selling one-way street, as highly advanced risk models lurch into a symmetric red alert."

The phenomenon that is El Nino is expected to be the strongest ever, playing havoc with weather systems in Asia and Australia, with knock-on consequences for the price of food.

"Lower yields across agricultural commodities will curb supply at a time when demand is still increasing on the back of global economic expansion. The outcome will be a 40 per cent surge in the Bloomberg Agriculture Spot Index, adding some much-needed inflationary pressure."

10. Inequality has last laugh on luxury

Is it the last days of Rome for the luxury sector?

"Faced with rising inequality and unemployment of over 10 per cent, Europe is considering the introduction of a basic universal income to ensure that all citizens can afford to meet their basic needs. In a more egalitarian society where other values are promoted, demand for luxury goods decreases sharply – the sector  collapses."

So that's it. The bank admits they are "unlikely, yet perhaps underappreciated, events that could have significant consequences on the financial landscape as we venture into 2016".

Steen Jakobsen, chief economist at Saxo Bank, said: “We are nearing the end of the paradigm paralysis that has dominated the policy response to the global financial crisis. Quantitative easing and other forms of intervention have failed. China is transitioning, and geopolitical tensions are as complex as ever. The marginal cost of money is rising, and so is volatility and uncertainty. It is against this backdrop we have set this year’s predictions.”