The government has given the green light to Heathrow's plans for a third runway, after several delays and months of wrangling between the airport and its rivals.

Transport secretary Chris Grayling said today that a new runway at Heathrow "will improve connectivity in the UK itself and crucially boost our connections with the rest of the world".

Businesses in general have welcomed the decision (although they also want Gatwick to be expanded) – here's how the airlines have reacted.

“We’re pleased that a decision has finally been made but the cost of this project will make or break it. The Government’s directive to cap customer charges at today’s level is fundamental," said Willie Walsh, chief executive of BA parent company International Consolidated Airlines Group.

“Heathrow is the world’s most expensive hub airport so it’s critical that new capacity is affordable. The airport has consistently argued that the British economy will benefit if the third runway is approved. Heathrow want it, argued for it and now must ensure it’s the UK and the travelling public who get the benefits from the runway not the airport’s owners.

“An efficiently built Heathrow will demonstrate that the UK can deliver cost effective infrastructure and compete on the world stage."

Walsh added that the third runway will be funded by airlines and their customers and does not come from the public purse and said: “We will be vigilant in ensuring that Heathrow does not raise charges to benefit its shareholders to the detriment of the travelling public. We believe it’s sensible that this is properly debated and we look forward to being consulted about our views."

"We applaud the government for reaching a decision on this thorny issue after much analysis, scrutiny and deliberation. We support Heathrow expansion provided that it delivers for our customers," said chief exec Craig Kreeger.

“This is an exciting, once in a generation opportunity to radically transform airline competition at the UK’s hub airport. New capacity must be allocated in a way that brings more choice, better service and lower fares for customers.

“We will work with Heathrow, the Civil Aviation Authority and the government to ensure that the final scheme is affordable, cost-efficient and that the customers of today are not overburdened by paying for runways and facilities that won’t be open until the mid-2020s.”

"This is good news for UK consumers and businesses and will help ensure that the UK is better connected to the rest of the world," said Easyjet boss Carolyn McCall.

“With the right charging structure and the right infrastructure for our efficient model, easyJet plans to operate from Heathrow, in addition to our existing London bases, providing new routes and lower fares to customers.” 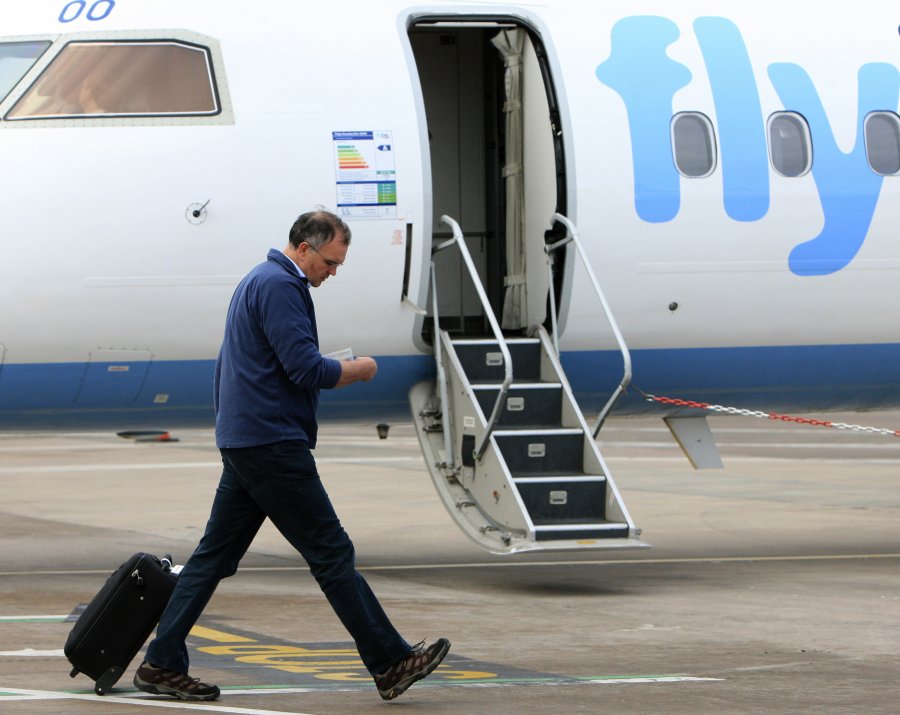 The regional airline said any final decision on the government’s announcement on airport expansion at London Heathrow "must incorporate assurances that it becomes a hub for the whole of the UK". Flybe called on the government to "ensure that some of the new capacity is reserved for operators of regional aircraft at affordable prices".

The company said it "has been encouraged by Heathrow’s recently announced plans to support regional flights and wants to see these plans progressed".

"Without such flights, the UK regions will miss out on much-needed connectivity to the capital and to long-haul destinations via Heathrow," the group said.

"This piecemeal approach to runway infrastructure in the south east is damaging British tourism and the competitiveness of London airports," said Ryanair chief exec Michael O'Leary.

"The threat of additional runways at competitor airports will force Heathrow to keep its costs down while developing a third runway in the most timely and efficient manner."