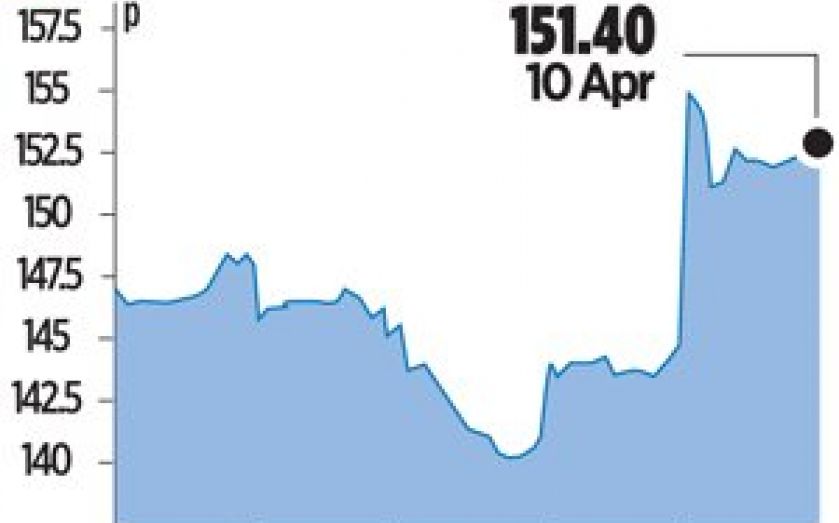 A BOUNCE in hiring across the country has helped Hays to lift its profit outlook for the year, pushing shares in the UK’s biggest recruiter to the highest level since the recession. The firm’s UK and Ireland business posted a 14 per cent jump in net fees for the first three months of the year, fuelled by a 25 per cent rise in permanent job placements. “The difference this time is the real acceleration in growth, which has been very uniform,” finance director Paul Venables told City A.M. “We didn’t just grow by 14 per cent, it’s in every single region. It’s a clear sign we’re now into a meaningful recovery.” Even Hays’ City offices recorded eight per cent growth, with fees from banking roles up two per cent. Venables said a shortage of skilled labour in some industries, including construction, is continuing. “We’ve done more architects in the last six months than the last three years in total,” he said. “If we get an architect on our books, we can get them three job offers within a few weeks.” Fees in Asia Pacific fell 21 per cent, or four per cent excluding currency movements. However, Hays echoed rival recruiter Robert Walters’ comments earlier this week on the Australian jobs market starting to stabilise. Overall like-for-like fees rose eight per cent, or one per cent at constant currency. Venables said Hays is now trading around 15 per cent above the trough that followed the financial crisis, putting the firm in sight of an improved dividend. “We expect full year operating profit to be towards the top of the current range of market estimates, which we understand to be £141m,” the firm said.