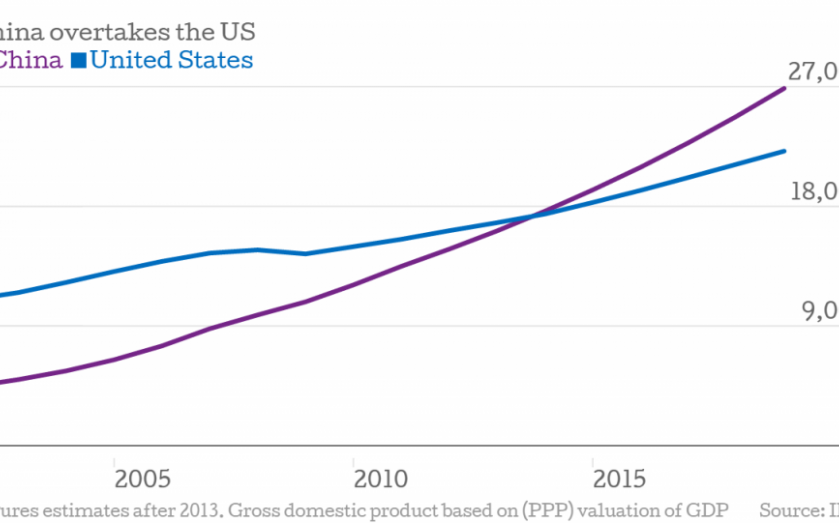 It's been coming for a while, but is China now the world's biggest economy?

The IMF seems to think so: based on its calculations (which are admittedly estimates after 2013) China's economy is effectively larger than that of the US, because a dollar in China goes substantially further.

If you need to see it in a chart, here it is:

The gap is set to widen as China's economy continues to grow.

In fact, as this map shows, China, despite some signs its economy may be weakening is still among the fastest growing nations. However, to maintain such growth is difficult and the government has been active in stimulating the economy.

Click on any country to see its GDP percentage change since 2002, including IMF predictions up until 2019. The green line is the country in question while the dark blue line represents the UK's performance.

So when did this growth mean China overtook the US on the IMF's measures? Just now as it turns out, but the acceleration has been impressive:

The growth data allows us to visualise some other interesting trends.
Emerging economies, for example, are surging ahead of the curve in terms of their contribution to the world's economy.

Finally, despite yesterday's assertion that the IMF sees the likelihood of a Eurozone recession at about 40 per cent, growth is predicted for the Eurozone.

The single currency bloc is, however, expected to grow more slowly than the EU, UK or US: