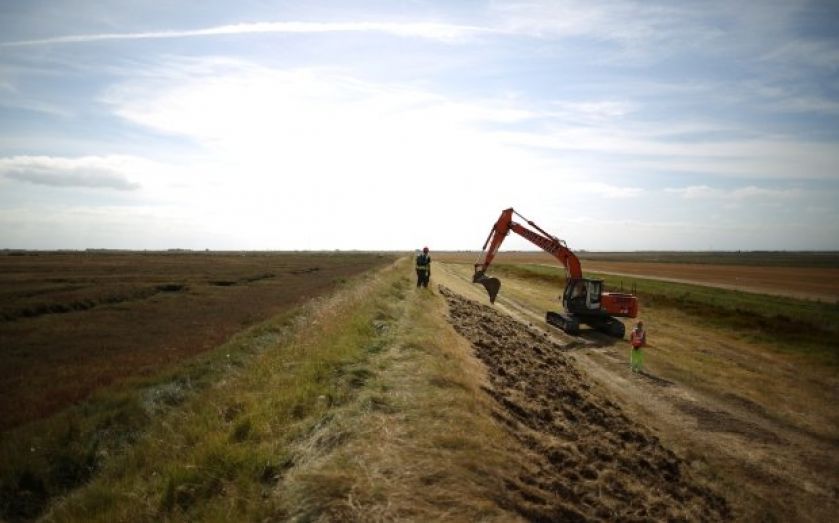 With the General Election over and the nation reflecting on the result, the focus on politics in the capital is far from over, as 2020 sees Londoners turn their attention to the race to be the next mayor.

Among many key issues for discussion ahead of May’s election will be housing shortages, particularly the thorny question of building on the green belt. Political rhetoric will likely focus on “protecting” the green belt at all costs — but it is now time for logic, not emotion, to guide policymakers’ deliberations.

The capital is currently awaiting Sadiq Khan’s soon-expected response to the call by the Planning Inspectorate for a full review of the metropolitan green belt.

National policy allows green belt release in exceptional circumstances, but planning inspectors rightly identified the mayor’s blanket protection as being out of step with national policy.

Centre for Cities and London Chamber of Commerce and Industry (LCCI) are not alone in our shared view that London’s acute housing shortage is an exceptional circumstance. The price of an average London house has risen from 11 times annual local incomes in 2007, at the peak of the last economic cycle, to 17 times average incomes in 2017. Even though London’s population grew by 14 per cent over that decade, its housing stock grew by only eight per cent.

Inherent within every debate about the green belt is a fundamental misconception of what it comprises. Despite the name conjuring up images of lush fields, many parts are, as planning inspectors noted, derelict and unsightly.

To address this misconception, a mapping survey commissioned by LCCI and submitted to the London Plan Examination in Public identified 329 hectares of disused or underutilised land across less than one per cent of the green belt bordering the capital.

This is, in effect, “brownspace”. It includes plots of land initially developed for minerals extraction or waste disposal, landfill, scrap and car breakers’ yards, quarries, gravel and sand pits, garages and storage yards among other parcels of derelict land.

Equating to 500 Wembley-sized pitches, LCCI estimates that this area could provide space for around 10,000 new dwellings to house frontline police, fire and paramedic staff. With the majority of our blue light services living outside the city they serve, this would bolster the resilience of the capital.

Smart green belt use would not mean urban sprawl encroaching on the countryside. Centre for Cities’ Homes on the Right Tracks report calculated that releasing green belt land within 800 metres of 567 rail and tube stations around London has the potential to unlock over 1.1m homes with easy access to city centre jobs.

We urge the next government to work with the mayor and other stakeholders in London to carry out an honest review of the green belt. Yes, protect the land that enhances the capital’s environment, but take a pragmatic view of how sites could better meet London’s needs.

London now has a population of nine million and is surging towards megacity status. Against such a backdrop, the green belt cannot remain sacrosanct.