Think “lazy Greeks” and “hard-working Germans”? Well, put your stereotypes away, because it turns out Greece is actually the country with longest average working hours in Europe.

Germans, meanwhile, work fewer hours than any other Europeans, according data from the Organisation for Economic Co-operation and Development (OECD). 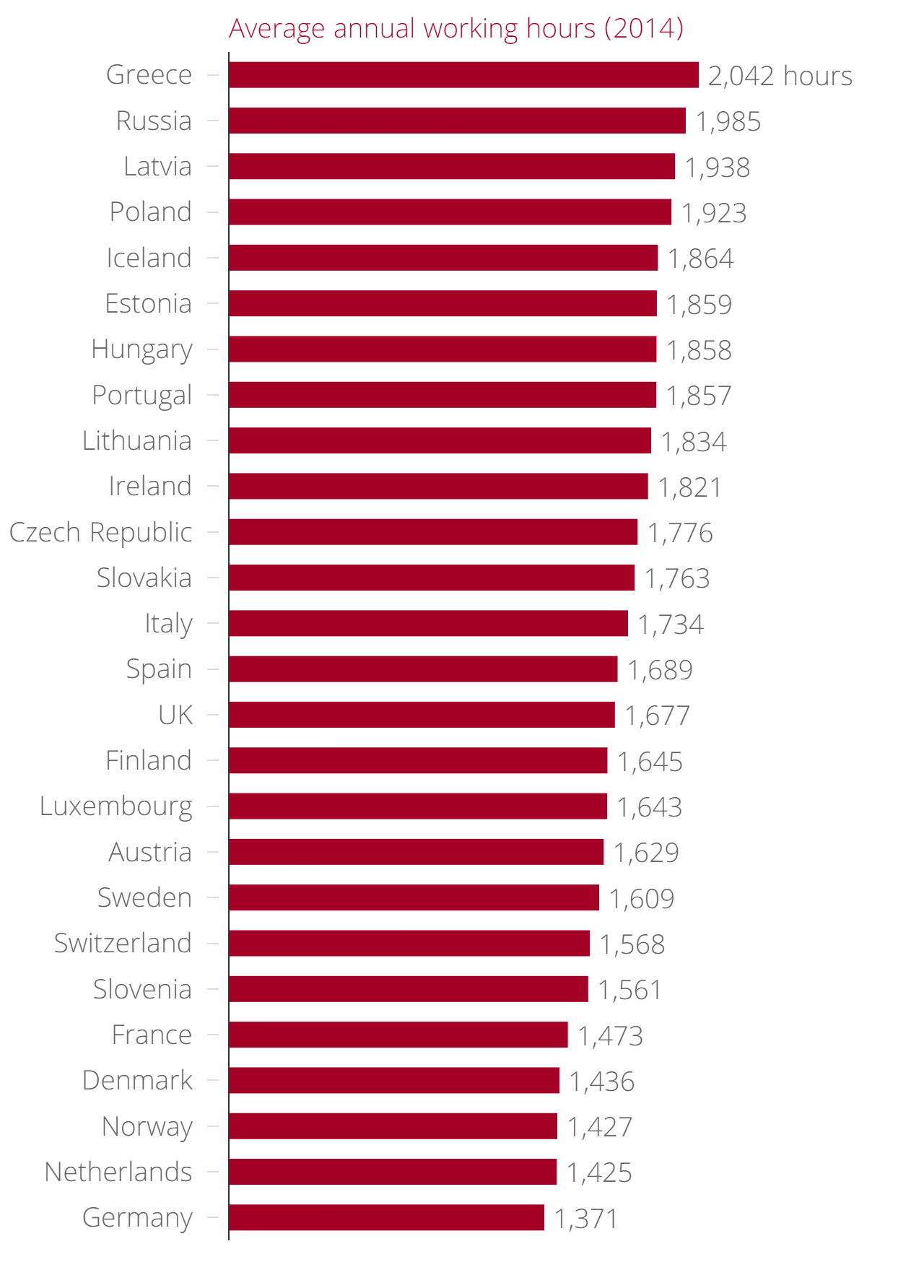 Greece may have suffered bad press recently, but citizens of the cash-strapped country are far from workshy, clocking up 2,042 annual hours at the grindstone per person.

This far outstrips the UK, which comes in below the OECD average, with just 1,677 hours. But if this makes you feel lazy, just look towards northern Europe. This is where people work shortest hours, with Norway, the Netherlands and Germany all in the bottom three.