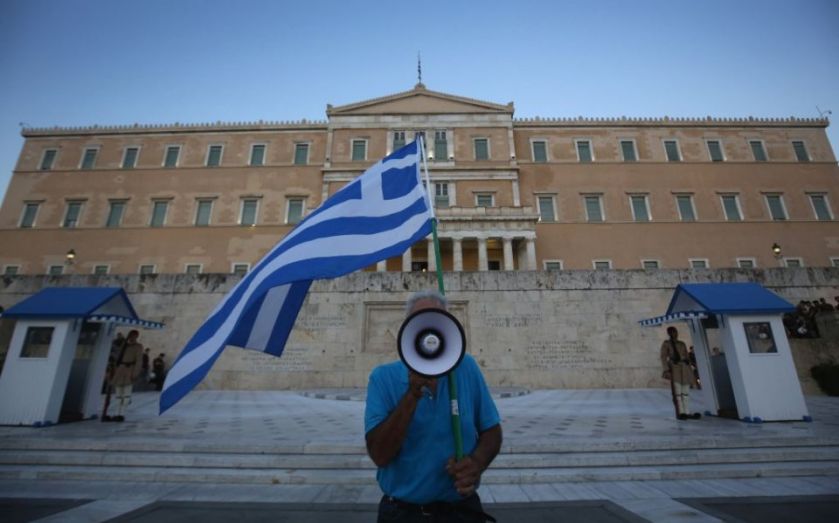 Analysts were incredulous this morning after the Greek economy appeared to shrug off uncertainty surrounding its debt crisis during the second quarter.

Figures released today by Greece’s official statistics agency Elstat showed the country's gross domestic product (GDP) grew 0.8 per cent in the three months to June, completely smashing economists' expectations for a 0.5 per cent contraction according to a poll by Bloomberg.

Revised data also showed that the Greek economy posted no growth or decline in the first quarter, instead of a previously reported 0.2 per cent shrinkage. This means the country didn't slide into a technical recession at the start of this year, as previously thought.

But the statistics agency cautioned today's figures are a flash estimate, and could be subject to revisions when more data becomes available.

"Users should note that the present flash estimates are expected to be revised when provisional estimates are produced and disseminated on 28th August … on the basis of updated primary data that will have become available at that point," it said.

The Greek government is pushing parliament to approve a bill outlining a three-year bailout programme. If given the green light, the bill, submitted yesterday, will pave the way for the much-needed disbursement of aid.

Eurozone finance ministers are due to meet in Brussels tomorrow to sign off the new bailout package.

The country hopes to receive some funding as part of the deal in time for a €3.5bn (£2.5bn) payment to the European Central Bank on 20 August. But even if finance ministers agree to the deal, it'll still require approval by several Eurozone parliaments.

There is no conceivable way that the 0.8% Greek GDP estimate will hold up under review. There's no reliable data at present.

We saw a freak result for #Greece #GDP like this back in 2010 and the reason then was a sharp fall in imports which boosted the numbers.