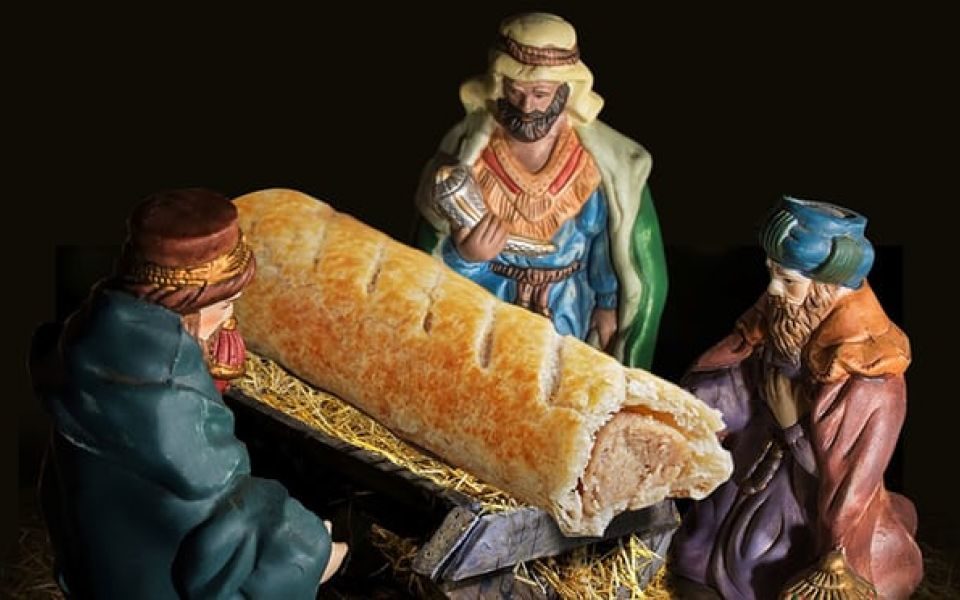 YESTERDAY, THE BAKERY chain Greggs was forced to apologise to Britain’s Christian community. The reason? Because, to promote its advent calendar, it used an image showing the three wise men gathered around a crib containing a sausage roll.

Various Christian and right-wing groups and people had piled in. Simon Richards of the Freedom Association called the advert ‘sick’, adding that Greggs would ‘never dare’ to insult other religions. The Reverend Mark Edwards of St Matthew’s church in Dinnington told ChronicleLive that it showed ‘a total disregard and disrespect towards one of the greatest stories ever told.’ He added that ‘people of all faiths will be offended by this.’ But the most interesting reaction was from the UK Evangelical Alliance. They accused Greggs of ‘manufacturing a scandal to sell baked goods’.

It’s often said that there’s no such thing as bad publicity. Of course, that isn’t completely true. BP, for example, didn’t enjoy the media criticism or the mass boycotts when an undersea oil well exploded in the Gulf of Mexico, 40 miles off the Louisiana coastline, killing 11 workers and causing an environmental disaster. Tiger Woods, once the world’s greatest golfer, has never recovered from his fall from grace after he was exposed as a serial cheater. He lost sponsors and his world fell apart. Only this year he was arrested for drink driving.

With a few exceptions, the more well known the organisation or person, the more damaging bad publicity is. Toyota’s sales plummeted after it was forced to recall eight million vehicles to fix problems with the accelerator pedal and the braking system. The company had to pursue the ‘most far-reaching sales programme in its history’ to mitigate the damage to the brand and retain its customers. SeaWorld, meanwhile, may never recover from the negative press it received after Blackfish won an Academy Award for showing what many believe is animal cruelty taking place at its marine parks.

But in certain situations scandals can be good for business. After the release of Borat, Hotels.com reported a 300% increase in requests for information about Kazakhstan. Sales of Michael Jackson’s music actually went up when he was in court on charges of child molestation. The Wall Street Journal reported that a wine described as ‘redolent of stinky socks’ in a website review saw a 5% increase in sales. Usually, relatively unknown brands or individuals benefit the most from bad publicity simply because it raises awareness of them. The same is true of those that need a ‘boost’ in awareness. But there’s also something called the ‘sleeper effect’ at work. It holds that people remain aware of companies or individuals for far longer than they remember the information associated with that entity. In the long term, bad press can therefore be beneficial.

So what about Greggs? Did they engineer a scandal for the publicity? It’s hard to say, but it’s also hard to imagine that someone at the company didn’t foresee a backlash. And as to whether it will improve sales of the advent calendar, only time will tell.