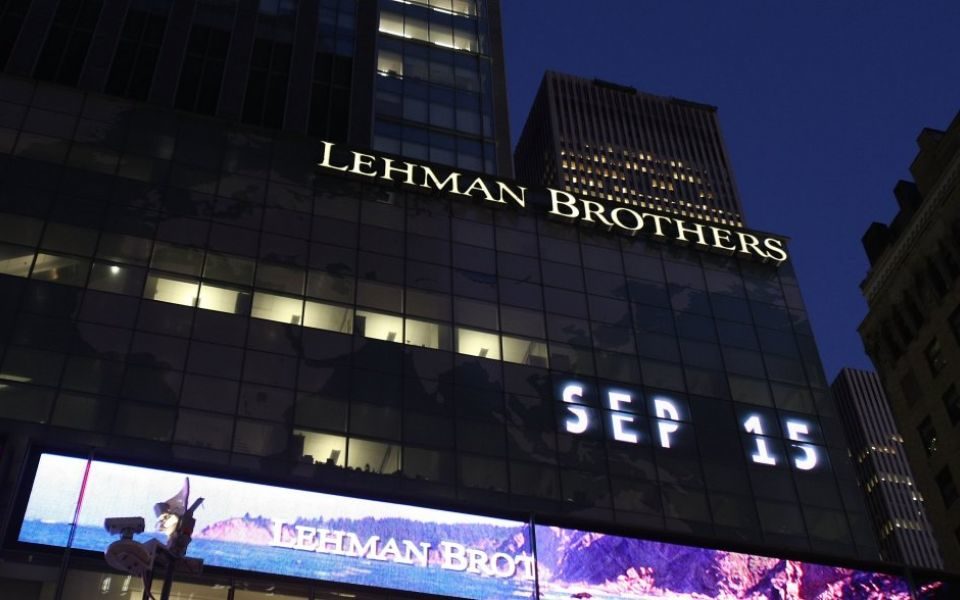 It is hard to believe but it is 10 years since the start of the global financial crisis. Triggered by a collapse in the US housing market it caused the deepest recession in living memory and the near-collapse of the financial system.

Banks failed, government institutions were bailed out, stockmarkets crashed and countries had to be propped up financially.

We are still feeling the effects: low growth, political upheaval, Brexit and even the election of Trump can all be traced back to the crisis.

How the global financial crisis began

It all started with the US subprime mortgage market, the corner of the industry that lent to borrowers with poor credit histories, often with little means to meet repayments.

These subprime mortgages were then carved up and repackaged along with traditional mortgages and sold to investors. Convinced that the risk had been spread, what could go wrong?

In the short term it worked, helping maintain a house price boom. In the long-term, it didn’t. A rise in the number of borrowers defaulting was the start.

The housing market began to fall and those mortgage investments which had been repackaged became toxic.

Worst of all, no one knew who held the bad debts. Banks, therefore, became wary about of lending to each other. The world stood on the brink.

A seminal day at the start of the crisis was 9 August 2007, when the danger of systemic risk became apparent. French bank BNP Paribas suspended three funds exposed to the US mortgage market. It blamed a “complete evaporation of liquidity”.

Here we briefly re-live the main events, look at what has happened in markets since and what it means for investors.

A (very) brief history of the Global Financial Crisis

What happened in markets and have they recovered?

The first inkling that something was wrong should have been seen in the so called “fear gauge”. The Chicago Board Options Volatility Index, or the VIX for short, is one measure of sentiment in the market. The higher the reading the more likely it is investors believe that there will be a market-moving event, good or bad, in the near future.

As the chart below illustrates, by mid-to-late 2007 the VIX was already at highs not seen since the dotcom bubble in the early 2000s. By early 2010 it had hit an all-time high, by a distance, as the fallout of the crisis threatened the future of the eurozone.

But as governments and central banks intervened to stem the flow of the crisis the VIX subsided. Confidence among investors grew. The VIX is now at historically low levels. It indicates that investors see nothing on the horizon that will cause extreme market volatility.

The decline of bond yields

One of the most startling effects of the crisis has been the long and steady fall in bond yields.

Central banks saw the need to reduce borrowing costs and therefore slashed interest rates and some began programmes of quantitative easing – creating money electronically and using it to buy bonds.

This had the desired effect of reducing bond yields as bond prices rose. Bond prices heavily influence wider borrowing costs in the economy, hence the urgency to reduce them.

But years after central bank rates were cut, yields continued to fall. New waves of QE were part of the reason but also fearful investors wanted to buy bonds as shelter for their money.

This became extreme. As the chart below shows, Japanese and German bond yields fell into negative territory in 2016. That means rather than receiving interest from a bond, investors were paying interest to own them.

Japanese, German and UK bond yields remain below 1%, which reflects investors’ view of the outlook for interest rates in those regions. US bond yields have climbed above 2% as the Federal Reserve has begun to raise interest rates.

The rise of the stockmarket

During the worst phases of the crisis, Japanese and European stockmarket indices lost more than half of their value, as measured by the MSCI Japan and the MSCI Europe (excluding UK) indices. World, US and Asia (excluding Japan) indices all fell by more than 40%, while the UK lost over 35% of its value.

However, the knock-on effect of central bank attempts to stimulate economies has sent stockmarkets roaring back. US stocks have risen more than 260% since the crisis low in March 2009. UK, European and Asian stocks are all up more than 150% in the same period.

Low interest rates and the effect of money being pumped into the economy has benefited businesses and therefore stockmarkets on which they are listed. Low interest rates have enabled companies to restructure their balance sheets at lower costs because loans are cheap. And low rates have made shares, with relatively high dividend yield, more attractive. The UK stockmarket yields around 3.8% compared to 0.9% on a 10-year UK government bond.

Stockmarkets have provided decent returns since the crisis.

It is, of course, almost impossible to time the market. Those who sold their investments at the top in the autumn of 2007 and bought back at the low of spring 2009 would have done so more out of luck than judgement.

But as the chart below illustrates even if you had left your money in stocks at the pre crisis highs in 2007 you would still have made a healthy return, albeit having endured some nervous moments.

Japan and Europe, which have seen some of the worst economic woes in the last decade, were the two main underperformers, although shares still returned more than bonds. The stockmarket indices for each indicate returns of 1.26% and 1.35% respectively.

The sectors that performed best (and worst)

Perhaps unsurprisingly, investors have backed safer areas of the stockmarket, keen to protect their investments just like bond investors.

As the chart below shows, companies involved in healthcare and consumer staples, those that make household goods like cleaning products and food, would have returned you the most over the last 10 years. A notional investment of $1,000 would have returned $2,089 and $2,039, respectively.

Since 2007 investors have preferred stocks that produce goods and services that remain in demand even in times of strife, while providing a stable income.

The materials sector, which include miners such as Rio Tinto, and the energy sector, home to oil producers such as BP and Exxon, are two of only three sectors that would have lost you money. $1,000 invested in each would have lost you $88 and $193, respectively. Demand for oil and raw materials, such as copper and steel, had slumped.

The worst performers were the banks which were in the eye of the storm. Some of them collapsed. Others, such as Bear Stearns in the US and HBOS in the UK, were saved by other banks in rushed, cut-price deals. The rest survived but were avoided by investors. A $1,000 investment in the banks sector would have lost $389.

Is it now safe to invest in banks?

Banks were left alone by investors for good reason; no one knew what toxic assets they still owned.

However, they have done much to rebuild their businesses over the last 10 years. So, is now the time to re-evaluate the case for investing in banks?

The chart below shows banks’ price-to-book multiple (P/B). It illustrates just how much investors have devalued world banks.

P/B compares the price with the book value or net asset value of the stockmarket.

A high value, usually above one-and-a-half, means a company is expensive relative to the value of assets expressed in its accounts.

A low value, usually below one, suggests that the market is valuing it at little more (or possibly even less, if the number is below one) than its accounting value.

This link with the underlying asset value of the business is one reason why this approach has been popular with investors most focused on valuation, known as value investors.

European, UK and Japanese banks have been avoided by many investors. According to their current P/B multiple investors are valuing them at less than the value assets on their balance sheet, compared with 2007 when they were almost double.

How have equity valuations changed?

Below, using the data made available to us by Thomson Reuters Datastream, we have valued each sector using four key tests some investors use before they make an investment.

We compare their current valuations to their 10-year averages (which are in brackets). We have ordered them in relation to how the sector has performed over the last 10 years. Healthcare is at the top because it has performed best and banks are last because they have performed the worst, with the MSCI World at the bottom for comparison.

On these five key tests you can see that healthcare is looking relatively expensive on four of the tests and is currently paying a lower than average dividend.

Banks, despite their underperfomance over the last 10 years, also look expensive across four of the tests and are paying lower then average dividends. It illustrates that the performance of a sector is not necessarily a good indication of whether it is cheap or expensive.

The energy sector is an interesting case. One of the drawbacks of using trailing price-to-earnings (P/E) is that it focuses on the last 12 months earnings. Energy stocks had a stellar 2016, compared to the last 10 years, as the oil price recovered from historic lows, which is the reason the trailing P/E is so high and its average is so low.

“The key to navigating the financial crisis was being alive to the warning signals that were evident across markets in the preceding months. In periods like this, our over-riding aim is to protect your investment.

“If we avoid significant losses, we should be in a position to take advantage of cheaper valuations when the opportunity arises, rather than nursing our wounds.

“We strongly believe that it’s this willingness to actively manage risk that allows investors to compound strong returns over the longer term.

“During the financial crisis, this meant holding very few economically sensitive equities, avoiding areas like financials and using assets like government bonds to provide some upside as most things fell in value.

“Whilst such a concentration on capital protection is vital at the end of all cycles, this cycle has been quite different. So, what we can use to protect portfolios this time may well also differ.

“Government bonds – historically a more obvious safe haven – may not offer the same opportunity this time around. This is why it is worth looking at the few assets that look relatively under-valued and/or have the potential to protect should markets enter another stormy patch.

“These assets might include cash to help dampen volatility and provide that option to invest at cheaper levels when the buying opportunity returns. Selective hedge funds and assets like gold may also have the ability to make money should equity markets fall.”