Earlier this week I attended the "Athens Seminar", an economic and political round table discussion that has been hosted annually since 1979. I thought it would be of interest to share some of the main takeaways, as they help understand the current environment.

Since the global financial crisis, economic and financial issues have dominated this event, but that changed last year. Then, as now, geopolitics occupied centre stage. This, it seems, has been a similar trend at other global fora and is not a surprise given Trump's election and European politics.

Unpredictable is the new norm

Rather than repeat all that has been said about Trump, the main message from the US policy experts in Athens was his unpredictability, and the relentless cuts to the State Department's budget that adds to concern about the path of future global affairs. Yet the financiers gave a slightly different take, and while not wanting to be drawn on the politics, gave the impression of a release of animal spirits and business optimism. Whether this can continue remains to be seen, but an excellent US academic highlighted the challenge facing the President: the disconnect between whom he said he would help during his campaign and his policies to date.

Low oil price despite issues in the Middle East

Another geopolitical worry was Qatar, highlighted at this event because of a number of senior Middle Eastern people in attendance. This problem hasn't really registered yet in the West, but my takeaway was that we should not be surprised if it is resolved with some sort of deal with other Gulf states. But don't ignore it, as the underlying tension could persist and the wider region seems volatile. It has not been reflected in the oil price, and indeed an excellent presentation on that market suggested oil prices could remain relatively subdued, largely because of ample supply. If so then it would be good for stronger global growth and subdued inflation.

We had the normal discussion about risks in North Korea, and the South and East China Seas, plus whether the EU could reform and how Brexit negotiations may proceed. Small probability, high impact events remain issues that we need to continue to keep an eye on for their potential financial market impact. 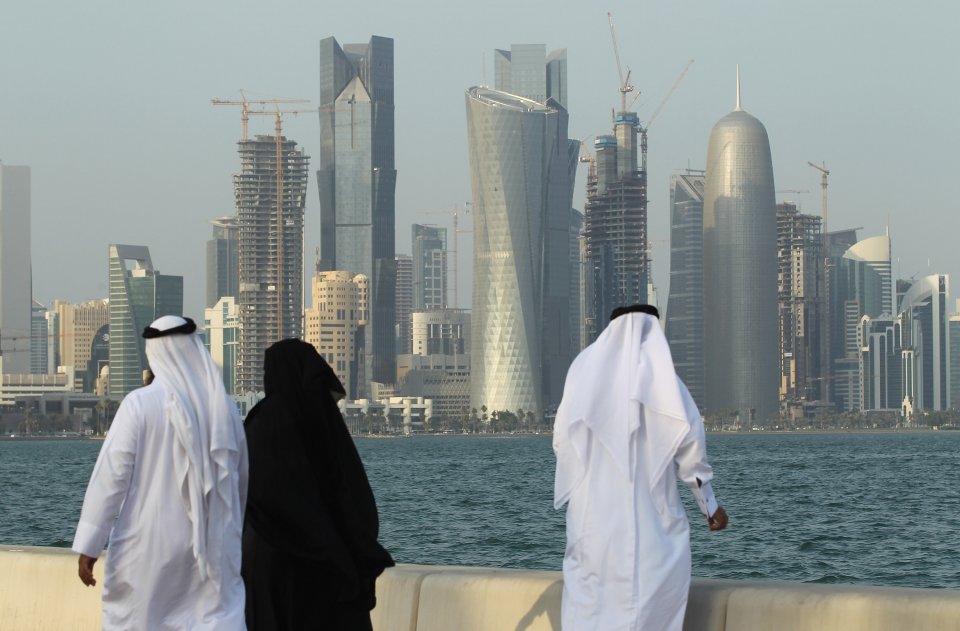 The good news is that the world economy is in much better shape than for some time, notwithstanding underlying worries. Thus, there is little doubt that normalisation of monetary policy is the current key hot topic. One does, however, pick up at economic events a general underlying unease about central banks doing anything too dramatic, too soon in terms of tightening policy. That is because there is still a concern about the structural shift in Western economies, which points to slower future growth, low inflation, lower long-term yields and also – in turn – the belief that economies are now more dependent upon low rates. Such low rates have also created a favourable backdrop for financial markets.

Away from Athens, this is one of our key areas of attention. It is easy to understand why. In recent years Western economies have become over-reliant on low rates and the printing of money. This has had a number of unintended consequences including: markets now not pricing properly for risk (one sign of this is that Argentina, who have defaulted eight times, recently borrowed for 100 years at under 8%); lowering the cost of leverage and of debt; raising doubts as to what constitutes a risk-free asset (this has led to an ongoing debate about the price of gilts and other government debt but perhaps it is property, often perceived as the ultimate risk-free asset, that is more at risk); and then there is the way banks have conducted forbearance, keeping afloat zombie firms. However, a key issue for policy makers is not that they want to keep rates low for ever, but it is that they don't know how resilient the economy will be to policy tightening. This is as big an issue in the UK as it is anywhere else.

Finally, it would be wrong not to mention the Greek economy, having started this piece in Athens. It is not in good shape. Perhaps that is no surprise. Currently its tourist industry is booming, helped it seems by problems in Turkey and Egypt. But good news doesn't seem to go much further: there is large scale emigration, particularly of young qualified people, high youth unemployment, a squeezed middle class, a defunct banking sector, a government not keen on structural reforms and constraints placed on fiscal policy by creditors until 2060! While we need to be acutely aware of such underlying problems and how they may impact financial markets, they do not, for now, prevent the Euro area from enjoying a strong cyclical pick-up, which as we have said before looks set to continue, largely thanks to the accommodative policy actions of the European Central Bank.

Macro-policy has been a plus

Indeed, overall, macro policy stimulus has been positive for global growth. But as have seen with the Fed – who have not only raised policy rates but are now signalling they want to reduce their balance sheet too, effectively reversing the printing of money process – policy normalisation is now already underway.

The message for investors and savers is that the continued resilience of the world economy helps explain why at policy events there is now more focus on geopolitics than on economics and finance. It is a sign of the financial system becoming more stable and the world economy being stronger than before. This has been good for markets. Now, however, the issue is that the emergency monetary policies needed in the US, Euro zone, Japan and Britain may be less necessary. Hence higher rates are on the way: gradually in the US, as we are seeing now, and then next in the UK. If handled in a sensible, predictable and gradual way then economies and markets will cope. If not, then geopolitics will again be displaced by economic issues as the dominant worry.