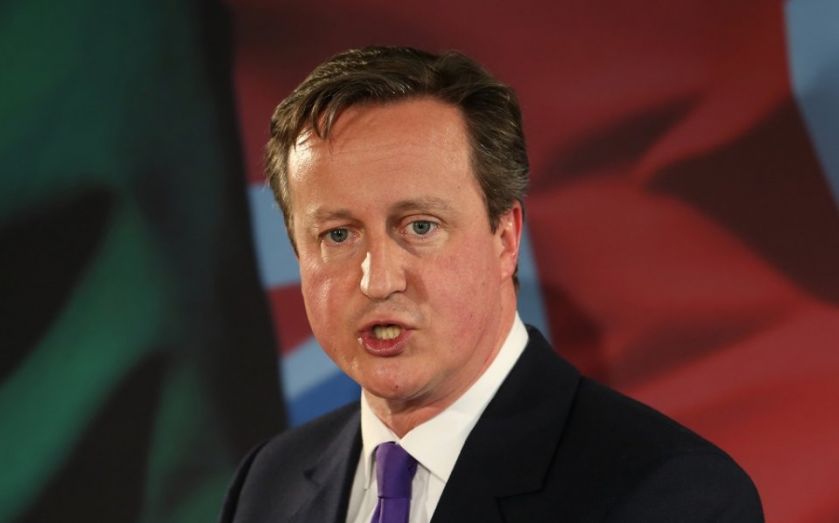 David Cameron has thrown down the gauntlet to the SNP by promising to conduct yearly reviews of devolution to ensure that decisions made in Holyrood do not result in the rest of the UK losing out.

The powers of the Scottish parliament "can now have a big impact on your job, your income, and investment in your area," Cameron told an audience in Crewe on the General Election campaign trail. The rapid pace of devolution has left some voters and many Tory MPs dissatisfied with the balance of decision-making powers between Westminster and Holyrood.

With the SNP riding high in the polls and speculation running high over what sort of deal Labour leader Ed Miliband could make with Nicola Sturgeon in the event of a hung parliament, Cameron sought to position himself as the defender of England against a triumphalist SNP.

The Prime Minister said the new principle is to make sure decisions north of the border don't have an "unforseen detrimental effect" on the constituent parts of the UK. The report will be produced by the Treasury and will review policies ranging from tuition fees to business rates and tax rates. The policy will be known as the "Carlisle Principle."

Other parts of the UK, under a Tory government, would be able to take compensatory action if Scotland cut its air passenger duty and it had a negative impact on other airports. The Prime Minister emphasised that the move is not about challenging Scottish autonomy or opening a further debate over the Barnett Formula but about making sure the rest of the UK got a fair settlement.

"This is about making sure we understand the impact that devolution is having and make sure that rest of the country never unwittingly loses out," said Cameron.

But Labour said the Smith Commission's devolution plan that has largely been accepted by the three main parties already made provisions to ensure the rest of the UK got a fair deal.

Cameron's announcement comes on the day of the SNP's manifesto launch and after the party's deputy leader Stewart Hosie said the SNP could vote against authorisation of the Ministry of Defence's budget if it included Trident.