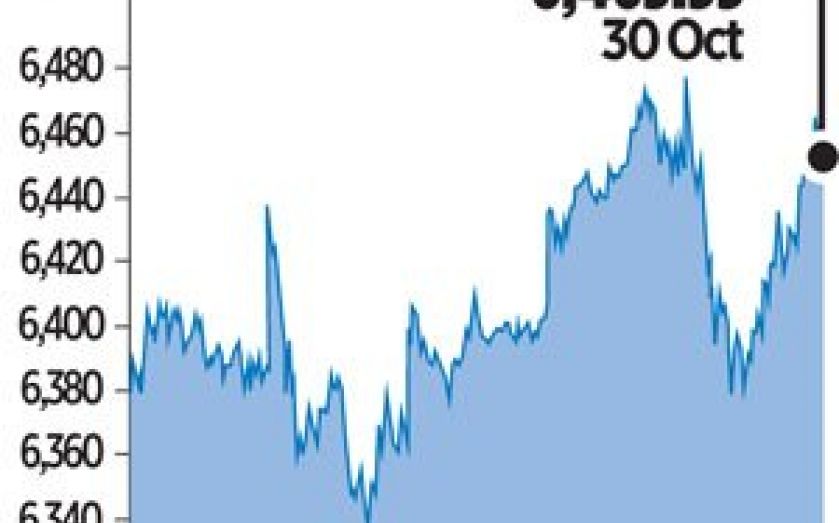 The blue-chip FTSE 100 index had been in negative territory for much of the day.

The late recovery enabled the FTSE to close up by 0.2 per cent, or 9.68 points, at 6,463.55 points — marking the third day in a row of gains for the index, which continued its rebound off 15-month lows, reached earlier in the month.

St James’s Place closed up 3.6 per cent at 712.50p, making it the best-performing FTSE 100 stock in percentage terms, after reporting a 17 per cent rise in its funds under management.

Smith & Nephew stood out with a rise of more than three per cent.

The maker of artificial knees and hips reported a three per cent rise in third-quarter trading profit to $246m, as gains in its orthopaedic business offset a fall in its wound management business after a product recall.

Shares in the business, often tipped as a target for a US group such as Stryker, closed at 1,054p.

Commodity companies came under pressure on concerns about what the US Federal Reserve’s removal of quantitive easing might do to emerging markets.

And as the dollar strengthened against a basket of currencies, silver fell four per cent with speculators seeking higher returns elsewhere, while gold was also weaker.