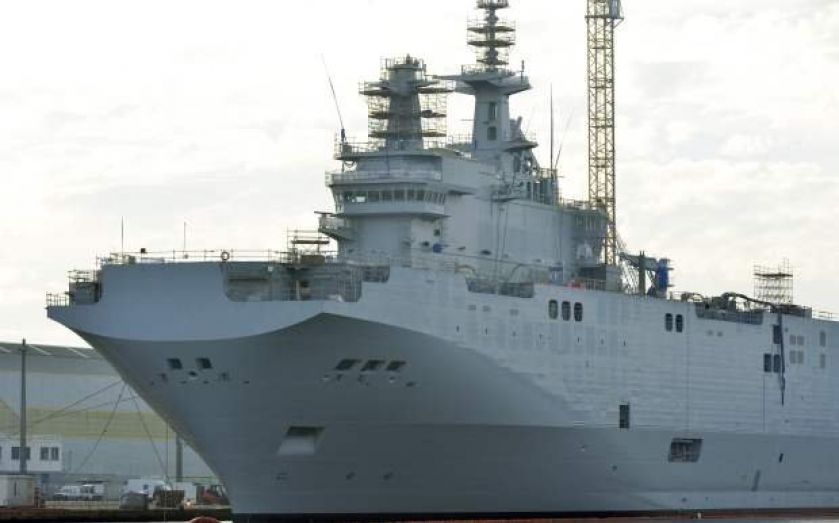 France has agreed on a deadline to deliver the first of two warships to Russia in a deal that will total around €1.2bn.

DCNS, a French industrial group that specialises in naval defence and energy, has agreed with Russia to transfer the Mistral-class helicopter carrier before 27 November.

With the ongoing crisis in Ukraine showing no sign of abating, few were expecting the French company to hand the ships to the Russians.

The US, UK and Germany, among others, had attempted to persuade the DCNS not to oblige the Russian Navy. France’s government had said a transfer of the ships was only permissible if there was a ceasefire in Ukraine and both sides had agreed on a plan for lasting peace.

Despite this, the ship, currently in Saint-Nazaire, will apparently be handed over within the week, according to a report in Russian news site Interfax.

However, in a response to website Business Insider, a spokesman for DCNS was non-committal:

As you know, DCNS is still expecting the required export authorisation to be granted by the French Government concerning the potential delivery of the first Helicopter Landing Platform (BPC) to the Russian Federation.  For this reason DCNS is not in a position to indicate any date for the hand-over of the ship at the current stage.

Unless the French government has had a change of heart, it reamins possible it will block the deal, at least for now.