Freebike to launch electric bike-sharing scheme in the City 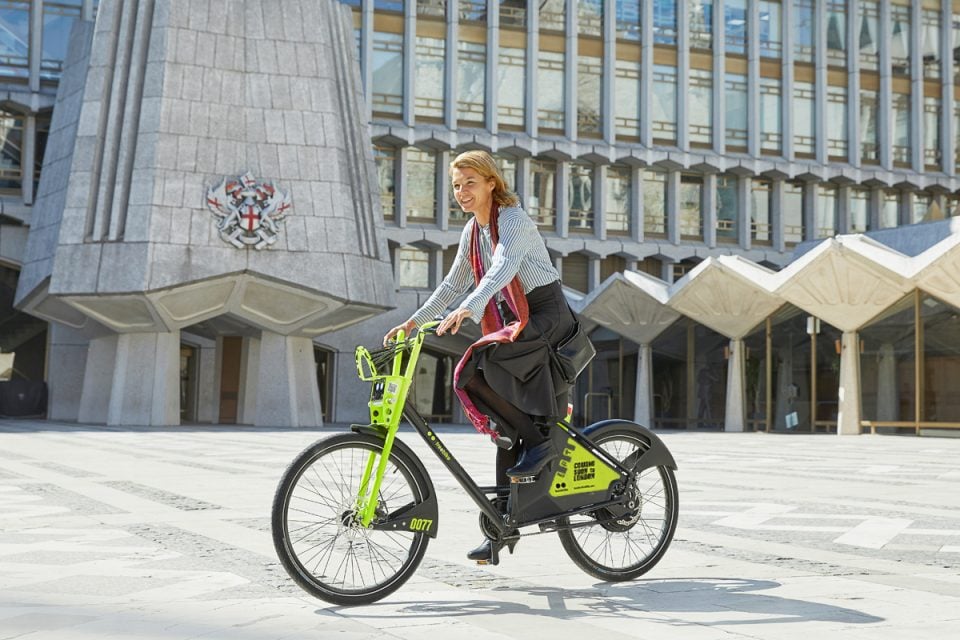 Electric bike company Freebike is set to launch a dockless bike-sharing service in the Square Mile after securing a contract with the City of London Corporation.

The pedal-assist electric bikes will allow workers to travel around the City using the Freebike app or by swiping a contactless card, with a pause facility enabling users to pause the rental during meetings.

“We’re delighted to launch our first public Freebike fleet in the UK and proud to be selected by the City of London Corporation to operate electric bike sharing in the City following a highly competitive bid,” said co-founder Katharine Butler.

“The electric Freebike brings radical innovation in technology and approach and offers the public a fun, green, fast and healthy transport option around the City.”

Freebike said its designated parking areas and use of sensors mean it can provide a reliable service without discarded bikes littering pavements, which the Corporation had been keen to avoid.

Freebike, which launched in 2009 and currently operates in a handful of European cities, is one of two bike-sharing operators to be selected by the City of London, with rival Beryl also securing a contract after a competitive tender.

“We are looking forward to working with Freebike and Beryl, who impressed us with their innovative solution to issues facing London, such as overcrowded and cluttered pavements,” said Alastair Moss, City planning and transportation committee chair.

The bikes will hit the streets on 12 June and will cost £1 for 10 minutes. The company will donate 2p for every mile ridden to the Lord Mayor’s appeal and will offer discounts to City residents.

Last week Uber unveiled its own electric-bike sharing scheme, Jump, which launched in Islington for a trial phase. Freebike said it is in talks with other London boroughs, with plans to roll out its service across London.