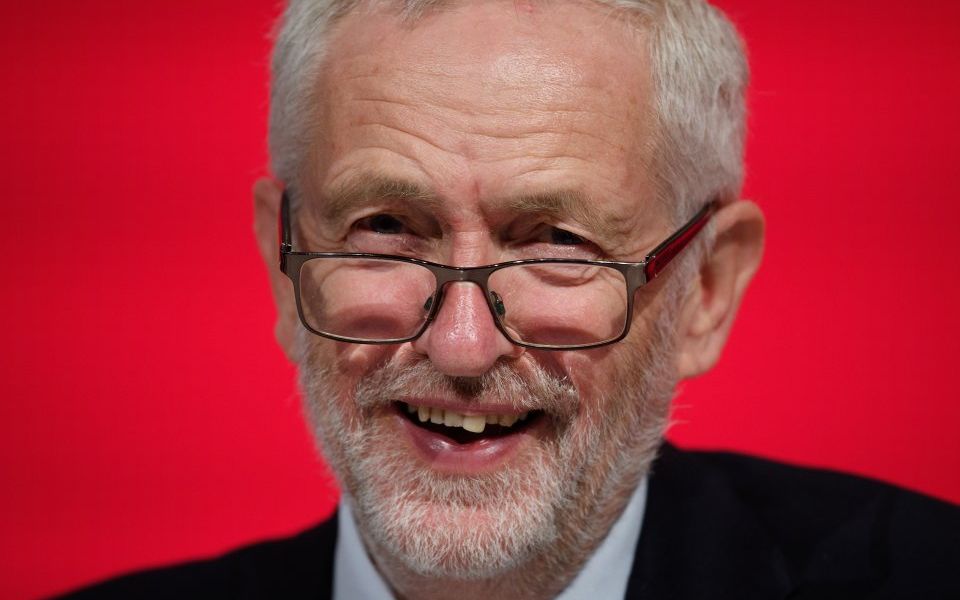 Wealthy parents would pay just £4 an hour towards childcare under Labour, Jeremy Corbyn is set to announce.

The Labour leader will use his keynote conference speech on Wednesday to propose a massive subsidy of childcare for all parents – regardless of earnings.

As well as extending 30 hours a week free childcare to all two to four year olds, parents with a combined wage of less than £16,200 will pay nothing for any additional care.

Even those earning more than £66,000 a year will only have to pay £4-an-hour for additional hours.

The £4.8billion a year cost for the measure would be paid for by a series of tax raising measures, including hiking corporation tax to 26 per cent and increasing income tax on those earning more than £80,000 a year.

Currently, all three and four years are entitled to 15 hours a week free, rising to 30 hours if both parents are employed, while two-year-olds only get 15 free hours if their parents are on benefits or their combined wage is below £16,190 a year.

Labour claims its plan would benefit over half a million additional 3 and 4 year olds on top of the 390,000 who qualify currently.

The Labour leader is expected to say: "Opportunity matters most in the earliest years of life.

"It is a crucial time to open up children’s life chances.

"Driving up standards of childcare will make that vital difference for millions of our children.”

He will claim the the current "patchy support for childcare" is "holding back too many parents and families", adding: "Universal free high quality childcare will benefit parents, families and children across our country."

He added: "Childcare costs can be a blight on prosperity and diversity, often limiting the scope of parents returning to the workplace, quashing the ambitions and talent of too many young people.

“The challenge will be to find ways to fund affordable childcare sustainably and sensibly. The prize will be significant for working families across the UK and can play a serious role in reducing the gender pay gap.”

Dalia Ben-Galim, from the single-parent charity Gingerbread, also struck a positive note, and said: “For too long, too many single parents have been locked out of work due to the high cost of childcare and patchy provision. We welcome any proposals that aim to tackle the challenges of affordability, quality and availability.

As well as extending the free hours, Corbyn would push for all childcare staff to have the equivalent of an A Level qualification – or study for one while in work.