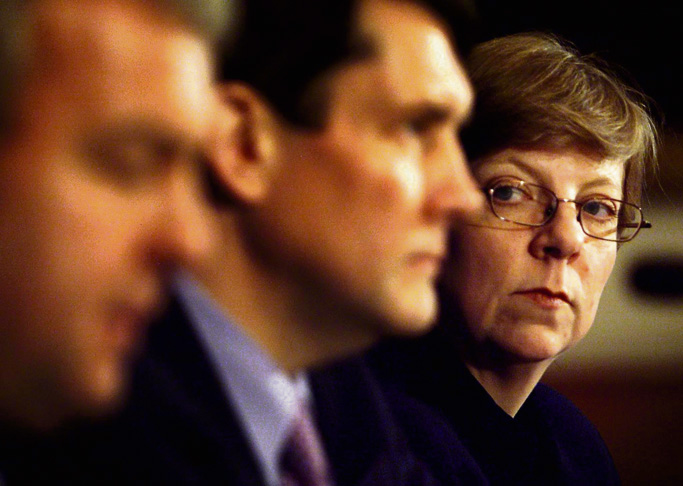 The UK’s former director of public prosecutions (DPP) has been barred from contact with agencies such as the Serious Fraud Offices for two years over conflict of interest fears.

Alison Saunders, who stepped down as DPP last year to join law firm Linklaters, is not allowed to deal with the Crown Prosecution Services (CPS) or Serious Fraud Office (SFO) for two years after the ruling from a government watchdog.

The Office of the Advisory Committee on Business Appointments, which enacted the ban, said: "There is a risk she could be seen to offer Linklaters' clients an advantage, should she meet with the CPS on their behalf."

It also barred her from contact with other agencies of the Attorney General’s Office such as the SFO because of its close relationship with the CPS.

A spokesperson for Linklaters said: “We noted the Committee’s routine guidance and the conditions recommended in this instance. Both the firm and Alison will remain in full compliance with these.”

The Committee also said it was “disappointed” it was not consulted before Saunders’ move to Linklaters was announced.

However, it said it "recognises the reasons" for the decision to announce her move before it was consulted, following hostile press coverage after her decision not to stay on at the CPS was leaked.

Saunders was heavily criticised by politicians and in the press after problems with the disclosure of evidence led to the collapse of a series of rape trials.

She joined Linklaters as a partner in its disputes team last year with a focus on criminal investigations, business crime and fraud.

The former head of the SFO Sir David Green joined Magic Circle firm Slaughter and May last year as a senior consultant after his six-year stint leading the fraud squad.

After concerns were raised about possible conflicts, the firm gave assurances that he would not work on any matters he had been involved in while at the SFO.