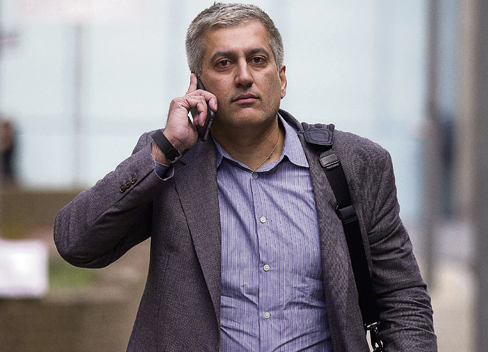 One of the first bankers jailed for Libor rigging has been deported to India, City A.M. can reveal.

Indian-born Jay Merchant was the most senior of a group of Barclays bankers sentenced for manipulating the benchmark – used to set borrowing rates for trillions worth of loans and derivatives – following an 11-week trial at Southwark crown court in 2016.

Merchant was sentenced to six-and-a-half years in prison and ordered to repay £300,000 in profits and legal costs which were deemed to be the proceeds of crime, and which he has now paid in full. Last year, he had his jail term reduced by a year on appeal.

The Serious Fraud Office (SFO) argues that traders throughout the industry rigged benchmark rates for financial gain. The scandal has rocked the financial services industry and forced a number of banks to pay billions in fines.

Merchant, a high-flying banker who earned seven-figure pay packets, has served just over two years of his sentence. It is understood he was deported earlier in the summer.

He told City A.M: "I have voluntarily renounced my UK citizenship and have chosen to be deported to my country of birth, India, so that I can better fight to expose the miscarriage of justice that have occurred as a result of this sham Libor investigation."

News of Merchant’s deportation comes as he prepares to lodge an appeal to the Criminal Cases Review Commission (CCRC), which investigates possible miscarriages of justices and cases of incorrect sentencing.

In March this year, when Merchant announced he would seek to go through the CCRC, he said requesting Libor rates within a range was “open and general market practice”.

The CCRC is currently reviewing the case of Tom Hayes, the former UBS and Citi trader who was the first person to be found guilty of Libor rigging. He is currently serving an 11-year prison sentence at Lowdham Grange in Nottinghamshire.

Merchant was handed the longest sentence of four former Barclays bankers sentenced in 2016. Jonathan Mathew was handed four years while Alex Pabon was sentenced to just over two years. Peter Johnson had pleaded guilty and was sentenced to four years. Two others, Stylianos Contogoulas and Ryan Reich, faced a retrial and were subsequently acquitted.