Forget the celebrity tax allegations: Our complex system is the real issue 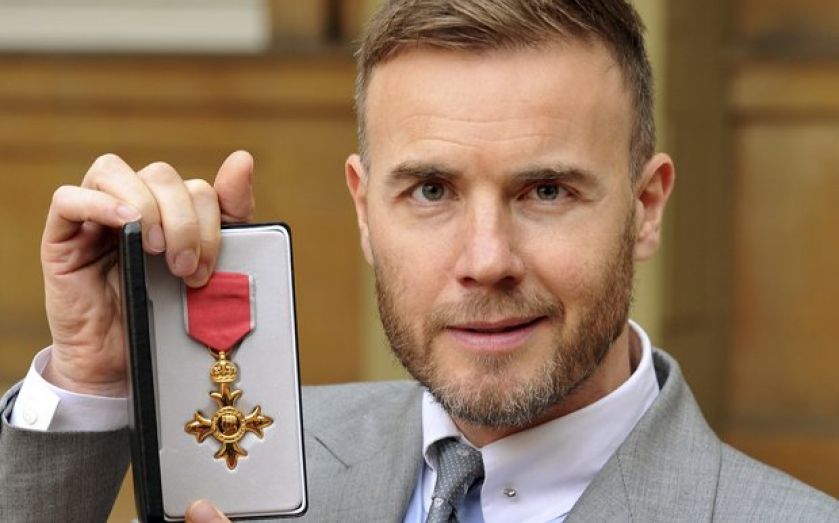 Take That’s Gary Barlow has again been reported to have participated in complicated tax avoidance schemes. And as ever, discussion on the subject has been clouded by inaccurate reporting. Many have claimed that personal tax avoidance “costs the economy” £5bn a year. This is confused nonsense, based on an HM Revenue & Customs (HMRC) estimate of how much personal tax avoidance costs it. Extra money in people’s bank accounts has not left the economy – it’s still there, perhaps being spent more widely.

The alleged scheme, known as Liberty, is reportedly based on buying rights to the dividends of subsidiaries of off-shore companies. Other Take That members, along with the Arctic Monkeys, Katie Melua and George Michael, are also alleged to have joined in. HMRC is understood to be contesting it, and is requesting the avoided cash in anticipation of a verdict in their favour, at a tax tribunal hearing next year, following new rules being introduced this month.

While some of the celebrities who have boasted about their pride in paying their taxes might be embarrassed by the revelations, it should be remembered that the scheme was legal. And despite the apparent hypocrisy of some, others have openly expressed dissatisfaction with their tax burden.

Despite having been fixed some years ago, the alleged scheme highlights two deep, structural problems with our tax system. First, people are able to pay significantly different amounts of tax on the same income due to the clever work of tax advisers. Second, people are losing confidence in the tax system as a whole.

Three factors have contributed to this fall in confidence. High rates have led to a feeling among taxpayers that they are paying too much. Wasteful spending in the public sector has built a sense of unease about what the confiscated money is being spent on. And stories of avoidance and evasion, particularly by well-connected and well-paid entertainers and businesspeople, have created a perception among the public that others are getting away with not paying their fair share.

For all the work successive chancellors have done closing loopholes, very few think that tax avoidance stories will go away. So real tax reform must tackle all three reasons for the erosion of confidence. Only lower rates can help with the feeling among the public that they’re paying too much. Only a war on waste that gets to the heart of frivolous spending can restore taxpayers’ faith over why their money is being confiscated. And only fundamental reform of the tax system so that all income is taxed at a single rate, whatever its source or amount, while scrapping reliefs and exemptions, can substantially reduce the scope for avoidance.

In practical terms, this means abolishing national insurance, corporation tax and capital gains tax, and moving towards a single income tax, at a single rate on all income. In other words, implement the proposals in the 2020 Tax Commission’s Single Income Tax report.