Few areas in London have seen demographic change like east London, but even within the East End, Bow has changed a lot in recent years.

“There is a definite shift taking place, highlighted by the arrival of a number of independent coffee shops, wine bars and restaurants over the past 18 months or so,” said Andrew Groocock, regional partner for City & East at Knight Frank. “It is incredibly convenient for those that work in Canary Wharf or the City, which has attracted a lot of young professionals.”

As a result, new local businesses such as artisanal cafe and art gallery Muxima and lantern-lit bar The East London Liquor Company have sprouted up, but so have hundreds of new homes. New build towers have taken over much of the area around Devons Road DLR as well as a 40,000sqft business hub. The old hospital and numerous schools have also had a spruce.

And if these youngsters want to explore further afield, they’ve got a DLR station, and Tube stations connecting them to the District Line and Central Line to Stratford and Canary Wharf in under 15 minutes.

But how can they afford to live there? Bow is more affordable than ever, as the average second hand sale price fell by 4.6 per cent last year, according to data from Savills Research using the Land Registry.

Average property prices sit around £430,000, while average rents are around £1,700 a month, both of which are around a third below the London average.

This relative affordability and high demand from first time buyers means that it’s a good place for buy-to-let landlords to look at in expectation of a return to price growth once all this political uncertainty is out of the way. “For me, Bow is a great area to invest in as the medium-term capital growth potential is a given,” says Reuben John, managing director of estate agency Fine & Country City Living. 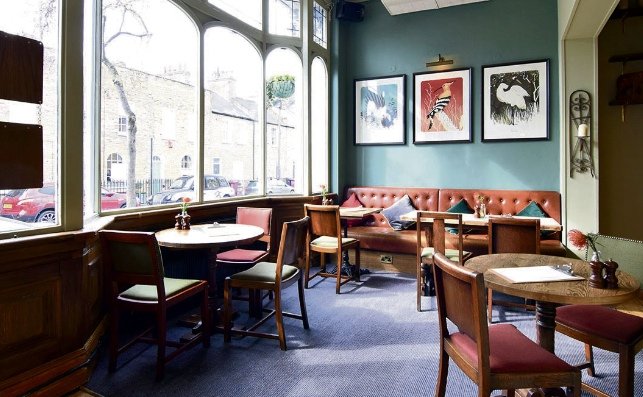 Unusually, there is lots of good quality period housing in Bow that often sells for more than the new builds. Savills puts the average second hand sale price around £100,000 more than the property average. “Bow has a rich industrial heritage and its architectural history is apparent in its Listed buildings; there are over 80 across Bow, including houses, gates and even a fountain,” says Frances Clacy, Savills’ research analyst, although she notes that “trading up to a larger terraced home can come at a price. Over the last year, average sold prices for those were £964,000 compared to £865,000 within the wider Tower Hamlets borough.”

These terraced houses are inevitably popular with families moving from Hackney and Bethnal Green in search of better value for money. Savills also thinks a £1m investment is likely to get you around 1,188sqft of living space in the area.

“Tredegar Square is one of the most desirable roads in Bow, with homes valued at over £1m,” says Khali Rehman at brokerage London & Country. “It’s in an excellent location, being a short walk from Mile End station. Roman Road is popular with families and is a more desirable place than the busy Bow Road. It offers more affordable housing, therefore appeals to owner occupiers.”

Life improves exponentially in London when you live near a park. The 86 hectare Victoria Park stretches out across the borough of Tower Hamlets. It has two lakes, a boating pond and a play area curated by the V&A (the Museum of Childhood borders the Bethnal Green entrance). During the summer, it’s often taken over with music festivals or simply buzzing with locals at the Pavilion Cafe. Up towards Bromley-by-Bow (near the big Tesco) is a cultural gem set in former working mills. Films such as Fantastic Mr Fox, Danny Boyle’s Trance and Krays biopic Legend were filmed at Three Mills Studios, and it’s served as a rehearsal space for many West End musicals. Art fans will be spoiled at Chisenhale Gallery, a contemporary art space that hosts five big exhibitions a year, as well as screenings and talks. The Nunnery Gallery at artists’ workspace Bow Arts is currently hosting the much-talked-about Doreen Fletcher retrospective, too. Then pop into gastropub The Morgan Arms for a roast afterwards.