Having lowered full-year guidance in May, Burberry posted underlying retail sales for eight per cent in the three months to the end of June, up eight per cent from the first quarter of last year.

Burberry pointed out that the first quarter is "historically the smallest for retail", so that eight per cent uplift in retail sales to £407m, is pretty good going, and ahead of expectations of six per cent. Although it did add that comparable sales growth was more like six per cent.

The company expects to open 15-20 new stores in the next year, and added that revenues at its wholesale arm were expected to be "broadly unchanged" in the first six months of its year. Last year revenues at constant exchange rates were £317m.

Lest we forget, in May the company lowered its guidance for the full year, saying wholesale and retail profits for 2016 were likely to come in £40m below expectations. 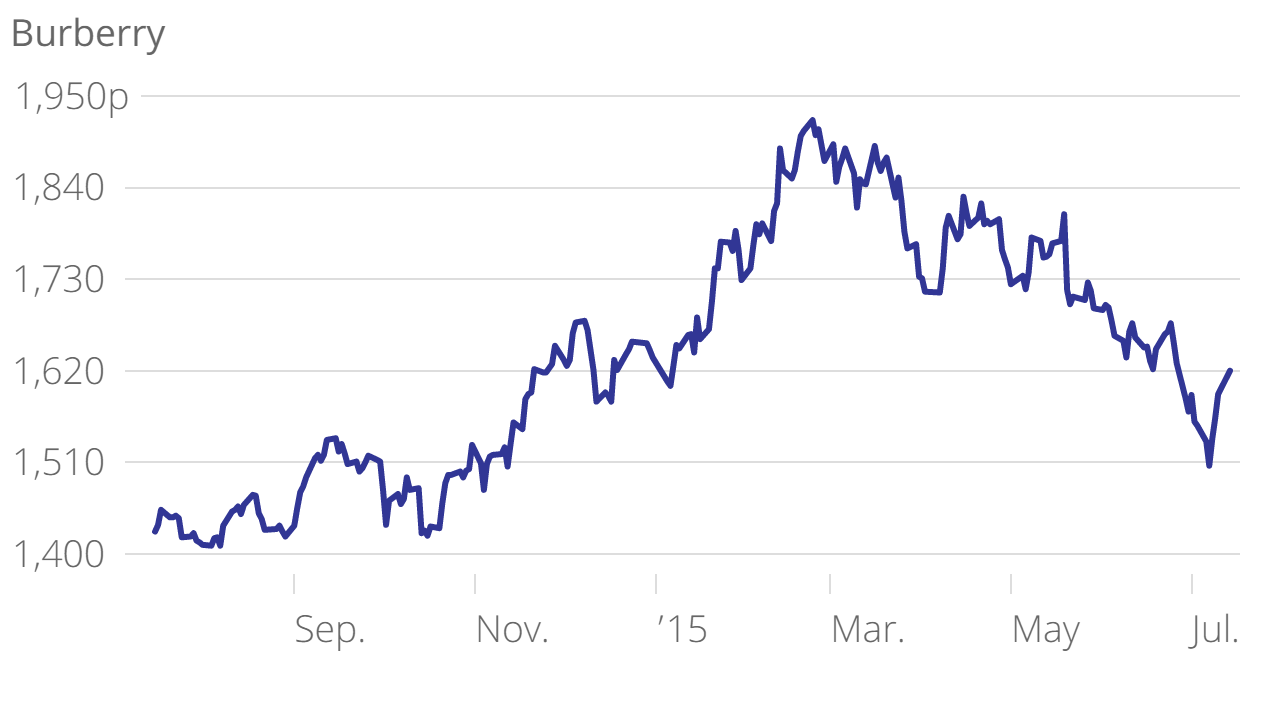 A British brand in the process of breaking Asian markets, Burberry acts as a bellwether for the UK's retail exporters – so how it fares, particularly abroad, is worth noting. Alas, the consumer environment in China and Hong Kong has been less than welcoming in recent months – so it's hardly surprising the brand expected a "low single digit decline" in Asia Pacific, with "further deceleration" in Hong Kong, which it called "a challenging luxury market".

It said things were going well for its traditional products – trench coats and cashmere scarves – while ponchos were emerging as a "key category".

Today's update comes ahead of the brand's annual general meeting tomorrow, which is expected to involve (now-traditional) fireworks as shareholders voice their dissent at the pay packet of chief executive Christopher Bailey, who was awarded £7.9m last year, including a £1m salary, a £1.7m bonus and £420,000 in allowances and benefits.

This time last year, 52 per cent of shareholders voted against the directors' remuneration report – this time, activist investor Pirc has urged them to do it again, saying Bailey's share awards, equivalent to 1,185.4 per cent of his salary, are excessive. So expect more drama tomorrow.

[Today's results] reflect our ongoing emphasis on serving our customers ever more effectively on and offline, and continued innovation in design and marketing – particularly around the iconic, British-made products that performed so well in the period.
While mindful that the external environment remains challenging, we will continue to focus on growth opportunities across channels, regions and products, with exciting plans for the year ahead.

It still isn't easy out there for retailers – but Britain's flagship luxury brand is muddling through.