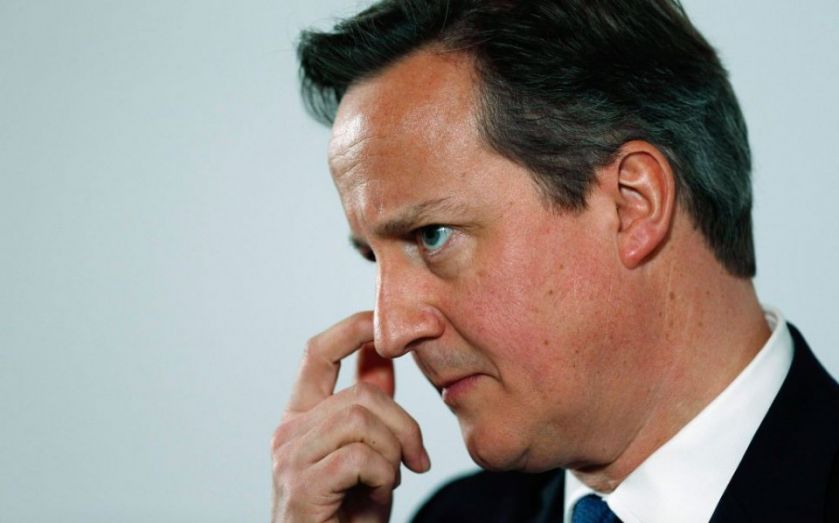 The UK is approaching the most unpredictable General Election for a generation. In our increasingly fractured political landscape, there is no clear frontrunner between Labour and the Conservatives, while a surge of support for the UK Independence Party, Scotland’s SNP and the Green Party has complicated the picture further.

Many commentators have voiced concerns over the potential impact this uncertainty could have on UK stock markets, and some fund managers have admitted to reducing their investments in UK companies ahead of the election.
Not only is the country’s governance and economy at stake, but so too are questions around the composition of the UK and its place in the world.
A Conservative-led government will mean a referendum on EU membership, while any coalition involving the SNP could see Scotland once again on the brink of leaving the union.
So how could the election impact your investments, and what can we learn from history?

A badly hung parliament, with protracted wrangling over the formation of a government, would prove the worst outcome for both UK markets and sterling.
“The potential for an unstable government following a close race could impact the FTSE and the pound in the days and weeks following, until a workable solution is found,” says Colin Cieszynski from CMC Markets.
But a coalition government formed fairly quickly, with either Labour or the Conservatives as the leading party, may not be a nightmare for investors.
The last hung parliament of 2010 caused a 3.5 per cent drop in the FTSE All-Share in the week following the election. The world was waiting to see whether the first coalition government since the Second World War was viable.
It was, and a month after the Conservatives went in to coalition with the Liberal Democrats, the FTSE All-Share had risen again, and was only 2.5 per cent lower than pre-election. For a long-term investor, this kind of blip is of little concern.
But some managers think a large show of support for the smaller parties is the most worrisome outcome. This could put question marks over the UK’s very identity and structure, and will throw up issues which will take a lot longer to be resolved.
“I don’t think a government formed by either of the main parties would materially affect the main stock market,” explains Glen Nimmo, who manages a UK equity fund at Revera Asset Management. “Where we get nervous is if the balance of power is held by the SNP or Ukip, where that has the possibility of creating fundamental structural change to the country.”
Some experts fear this friction with minority interests could tarnish the country’s reputation as a stable place for investment.
“In the last seven years the UK has been seen as a safe haven, relative to the Eurozone. That may reverse slightly because, like it or not, there will be questions around a Scottish referendum and EU membership,” says Stephen Message, UK fund manager at OMGI.
“The big question is not the election, but what does it mean for the UK as a place for long-term investment?”

However, some commentators have gone further, and argue any form of Labour government is a poor outcome for UK companies. Guy Stephens, from wealth manager Rowan Dartington, says that with Ed Miliband as leader of the Opposition, “you immediately think, this is not a New Labour approach. Are we actually going to make a big swing to the left?”
He believes Labour will introduce greater regulation of the banks, which could cause them to slow lending. He is also concerned about Miliband’s proposal for a price cap on energy suppliers and thinks the Labour leader will interfere with a number of other sectors.
“If Labour gets in, there will be several initiatives that will be funded by a tax on banks. It is fairly blatant that, if they need an extra million for this or that, the chances are they will raise it from the banks,” Stephens says.
“What will Miliband do with rail fares and the telecommunications industry? … If and when Labour gets in we are potentially going to see some draconian measures coming in,” he adds.

However, in the last 50 years markets have responded in very different ways to the election of each new government. Margaret Thatcher’s win in 1979 was followed by a fall of 8 per cent in the FTSE All-Share over the ensuing 12 months. But following John Major’s victory in 1992, the market rose 19 per cent.
“The market’s reaction to an election is unpredictable and it typically triggers a large swing one way or the other,” said Adrian Walker from Old Mutual Wealth.
Interestingly, the most successful post-election periods in the last four decades have been following Labour victories. Tony Blair’s win in 1997 was followed by a rise of over 30 per cent in the FTSE All-Share, while the most successful year for markets was 1974, when Harold Wilson’s arrival at Number 10 was followed by an 88 per cent rise in UK equities.

The upcoming General Election may be unpredictable, but its unpredictability has been a fact known to all for a long time. Investment managers have been preparing their portfolios for this potential disturbance over the last 12 months, so realistically there are unlikely to be huge movements in the stock market.
Another factor which makes this election more palatable for markets and the economy is that both the Conservative and Labour parties have a similar perspective on most of the market-sensitive issues. This could also mean fears that a Labour election win would be devastating for the stock market are overblown.
“Most of the parties are talking much the same story. Neither are going to change the planning system for the housing market, and they have both committed to keeping a form of Help to Buy. They both will ensure they get their pound of flesh out of the banks,” Nimmo says.
Labour and the Conservatives have similar economic aims, but are taking a different approach, argues David Absolon, from wealth manager Heartwood Investment Management. “Both of the main parties agree to eliminate the structural budget deficit, but the routes to achieving this aim differ. The Conservatives aim to eliminate the deficit through 100 per cent spending cuts, while Labour is looking towards a 50/50 mix of tax rises and spending cuts. Whichever party wins in May, more austerity is coming in one shape or another,” he says.

Although markets may be volatile in the aftermath of the election, there are many world-leading companies listed in the UK and these will remain attractive to long-term investors, regardless of the outcome.
That said, research shows some sectors have risen more strongly than others around an election. Mining stocks strongly outperformed the rest of the market before three of the last five elections. Financials have also beaten other sectors in the three months after four of the last five elections, according to research from AXA Wealth.
This could mean the election period is an opportune time for investors to use volatility in the stock market as a chance to buy shares when the price temporarily dips.
“The contrasting fortunes of mining and financial stocks – two of the largest sectors in the FTSE 100 – highlights that there could be an opportunity to take advantage of past patterns in pre- and post-election stocks and shares activity,” says Mike Kellard from AXA Wealth.