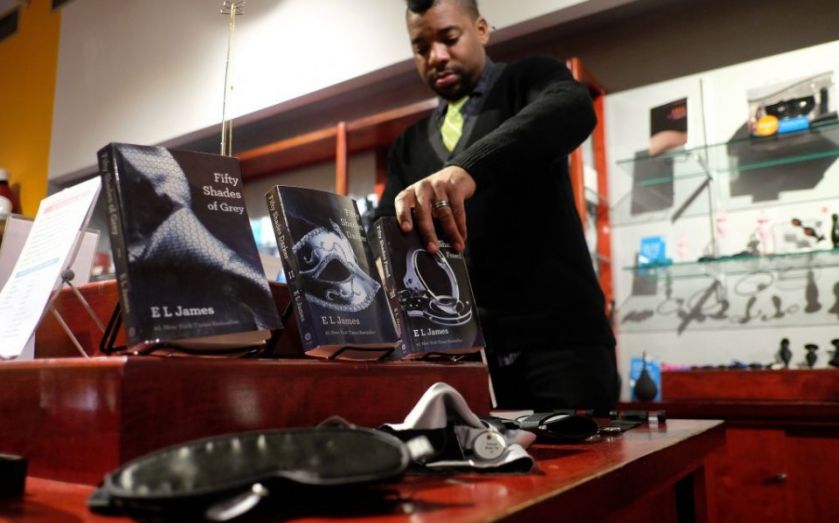 Retailers are preparing for a surge in sales of lingerie, sex toys and bondage gear as the saucy film Fifty Shades of Grey hits cinema screens.

Brits who were initially wooed by the book are now being whipped up by the steamy big-screen outing to be a little more adventurous in their shopping habits, from high-end to high street.

Fifty Shades has already introduced many new people to its range of products the boutique says. “As people started to read the book on the train and it became more commercial, it almost legitimised the actions in the book and gave people permission to try,” says Coco de Mer managing director Lucy Litwack.

“The Fifty Shades Of Grey phenomenon has certainly provided a step change in this category and can only be seen as a positive contributor to the interest in erotica and some of the very exciting products that we sell.”

In fact, first time Fifty Shades shoppers are actually a surprisingly confident bunch. “We have found that people who are trying our products for the first time are feeling more confident and heading immediately to what we would consider more niche products rather than wanting to stay on safer ground until they feel more comfortable,” Litwack said.

“This means that the more niche items such as handcuffs, nipple clamps, ben wa balls are more popular with the novice consumer,” she added.

Featured in an especially graphic scene in the book, ben wa balls in particular have apparently captured readers imaginations – and money – the New York Times reports.

High-end fashion designer Marc Jacobs has also turned to leather, collaborating with the designer Zana Baynem, whose bondage wear is worn by the likes of Beyonce and Lady Gaga and is stocked in Selfridges and Dover Street Market in London.

While Litwack and Coco de Mer are "thrilled that more people are learning to love it [erotica] as we do" and interest is certainly growing, not all of middle England is on board quite yet.

A segment on ITV's This Morning called "bondage for beginners" received a lashing from viewers and 74 complaints to Ofcom.

That's not to say that the more buttoned-up Brits among us aren't still inspired by Fifty Shades of Grey, if in a less extreme way, with lingerie. And that's good news for a host of retailers and designers in that line of business.

According to eBay, Brits are bringing style back to the bedroom with interest in seductive sleepwear rising over the last six months in the build-up to the movie.

The British are second only to the US when it comes to sexy styling in the bedroom, based on eBay’s global data, with lingerie brands such as Victoria’s Secret and La Perla popular.

Agent Provocateur, one of the UK’s most well known lingerie brands, has experienced the steepest rise in sales on the shopping platform as we near the climax of the film release, with sales up 230 per cent in the last six months.

Stockists of the official Fifty Shades lingerie range Bluebella.com says sales have been booming over the last two months and it expects that to continue. Its exclusive Black Label collection was developed with E.L James.

High street retailers don't want to miss out on the (bedroom) action either.

Lovehoney is the exclusive supplier of all official Fifty Shades merchandise which includes sex toys and bondage gear. The range is available online as well as exclusive stockists such as Fenwick.

So far Lovehoney has sold more than one million Fifty Shades products across the world, everywhere from Chile to South America and it has just agreed a new deal to distribute the range in India.

Even last year, Lovehoney was estimating a Fifty Shades film boost of around £50m spent across the sex toy industry. That’s before the film had even wrapped on production.

The book’s widespread release in 2012 spurred a 7.5 per cent jump in sales of sex-themed products, including toys, videos and books the next year, say research firm IBISWorld

After a doubling of Lovehoney’s turnover following the huge popularity of the book, it expects more of the same, as do other retailers, as the hype around the film reaches a climax.