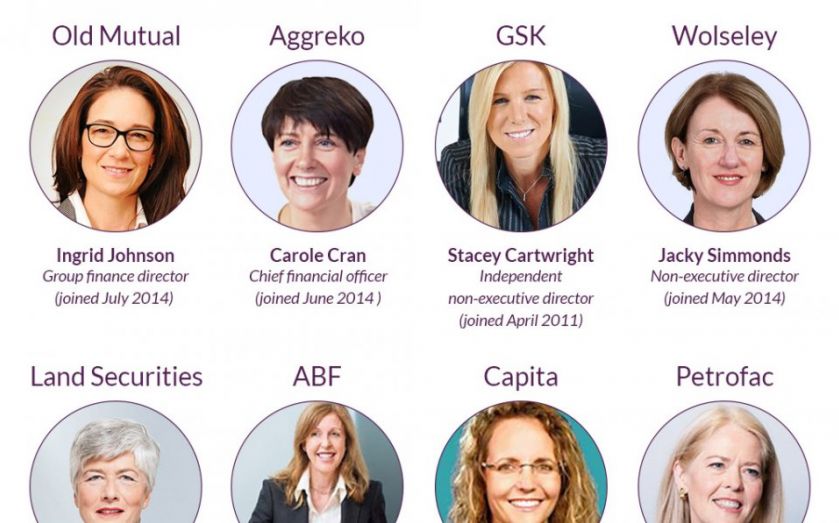 The UK's biggest companies are making progress when it comes to having a greater number of women on their boards. Or at least, some of them are.

Old Mutual was today named the FTSE 100 company that made the most progress in having female board representation in the last four years.

The investment firm increased the number of women on its board of directors from zero in 2010 to four by the end of 2014, meaning women now make up 38.5 per cent of those key positions.

Temporary power provider Aggreko has made similar strides, with three women now sitting on the board compared with none four years ago.

GlaxoSmithKline was the third most-improved business in this regard, with women now making up 35.7 per cent of its board, compared with 7.7 per cent in 2010. 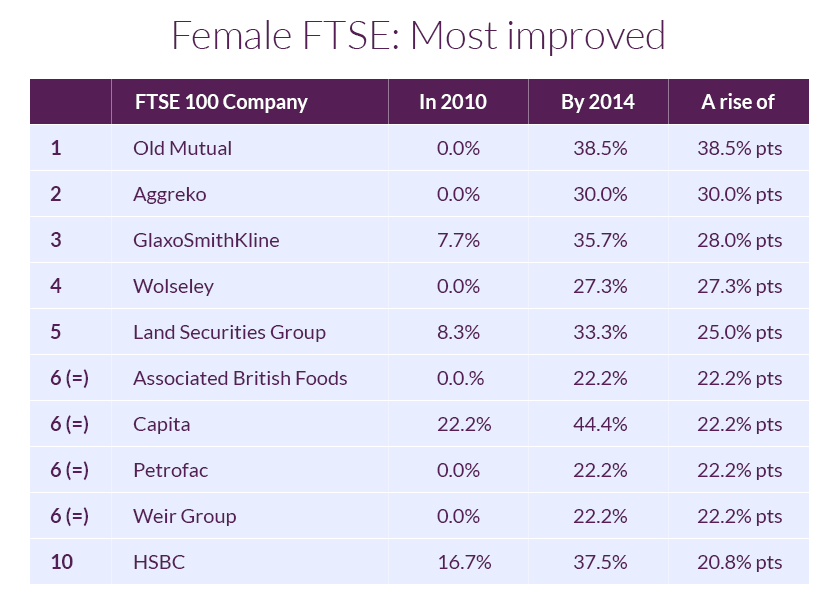 Business secretary Vince Cable revealed the league table as part of an Inspirational Women in Business report he has been supporting, in a bid to improve diversity within the UK's top companies.

He said the progress showed the UK's “voluntary, business-led approach is working” – underscoring the government's move to adopt targets, rather than quotas.

Cable said: “The threat of EU mandatory targets remains a reality if we do not meet [the target].

“Businesses must not take their foot off the pedal during the final stretch – if we are to avoid action from Brussels we must continue to demonstrate that our voluntary approach is the right one and is working.”

He added: “Alarm bells should be ringing in the ears of those FTSE Chairs who are not yet doing their bit to improve gender diversity.”

But who are the women behind the statistics? 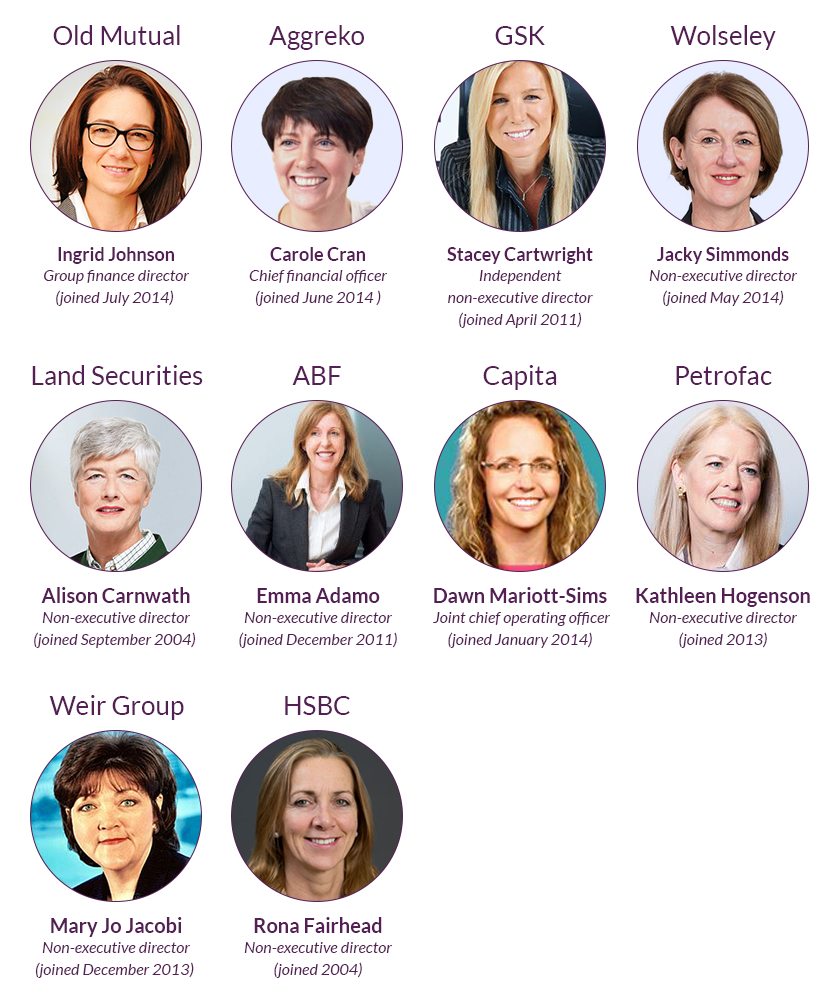 The level of female representation has dropped below 25 per cent at seven companies since March 2014.

Among them are Sir Martin Sorrell's advertising giant WPP, which has dropped from eighth to 40th in the league table, and BT Group, which fell from 11th to 61st. 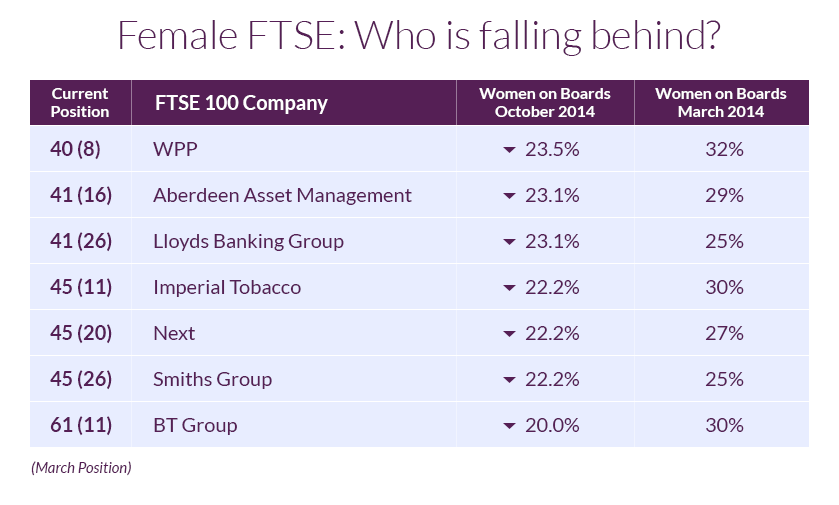