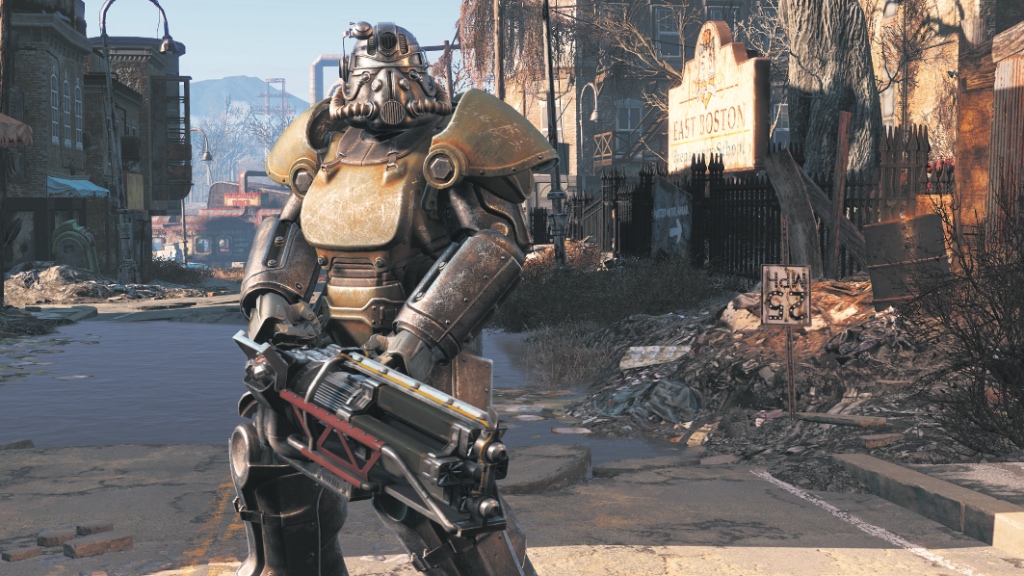 Games like Fallout 4 don’t come around very often. Developer Bethesda is known for creating huge and richly detailed open worlds (the best example of which being its celebrated fantasy RPG, Skyrim). But while its games are piled high with incredible things to do and see, they’re also infamous for shoddy stability and frequent bug problems.

Fallout 4 succumbs to many of the shortcomings seen in earlier Bethesda games, but the scope and ambition of this post-apocalyptic vision of the wastelands around Boston and Massachusetts make up for any technical problems you may run into.

Fallout 4 will feel familiar to anyone who’s played a Bethesda RPG. You’ll explore a massive world, talking to survivors and thrivers to take on quests, while shooting up all manner of irradiated monsters, crazed robots and vicious raiders. But unlike previous games in the series, the alternate-history narrative of Fallout 4 kicks off before the world-ending nukes drop.

This introductory depiction of pre-war America is an entertaining riff on suburban 1950s idealism, albeit coupled with anachronistic technology made possible by the harnessing of nuclear fusion. Before long, though, the bombs fall and the white picket fences are flattened as you and your family retreat underground into an enormous nuclear bunker. 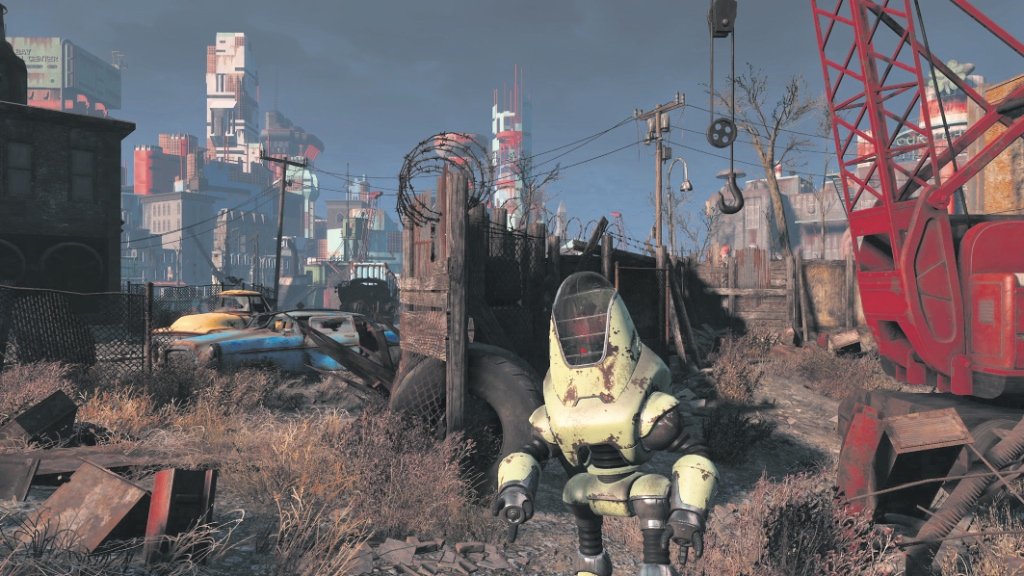 You venture onto the desolate surface over 200 years later, confused and alone, and it’s here that the game properly begins. The compelling story is Bethesda’s best, and it cleverly pulls you along with intriguing plot threads that allow its great cast to come alive. You’ll make difficult decisions, choosing sides and risking the ramifications, and all of it feels more dynamic than in previous Fallout games. The different faction groups that inhabit the ruined wasteland are both interesting and complex, and you’ll have to read between the lines to interpret their motives and choose where your loyalties lie.

There’s much more to Fallout 4 than the main story thread, though. You could play for dozens of hours and not even touch the central quests, choosing instead to explore the hundreds of locations that populate the open world. There are people that need saving, crimes that need solving, disappearances that need investigating, and more, and all of it rests on a compulsion to explore and to soak up every single inch of the game.

The shooting, once a real weak point for Fallout, is much tighter and far more refined, and shooting any of the dozens of guns feels satisfying. Add to this a heavily customisable crafting system and a settlement-building feature that lets you rebuild pockets of civilisation to your liking, and you have one of the most expansive and engaging games of the year.

Despite some bugs and framerate issues, Fallout 4 can safely be considered Bethesda’s best RPG yet.