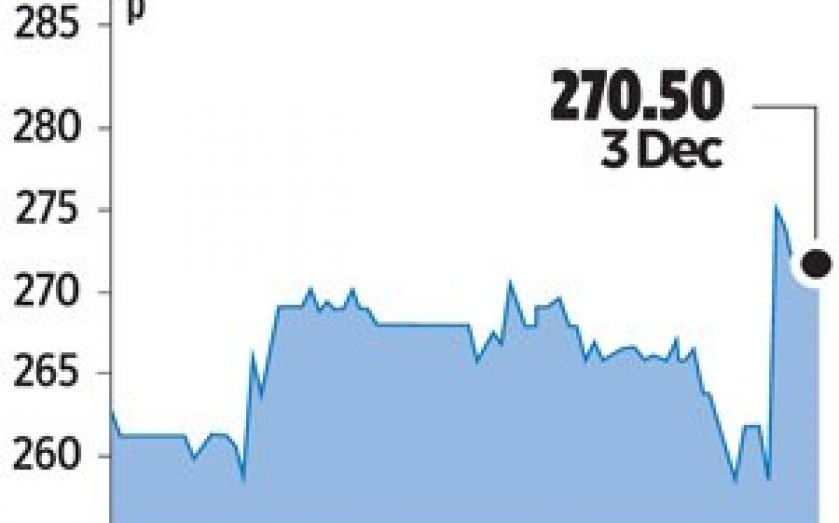 FTSE 250-listed oil explorer Exillon Energy’s second largest shareholder yesterday said it had approached the board to make a possible offer for the rest of the company.

Hanberg Finance, which is owned by Russian billionaire entrepreneur Mikhail Gutseriev, currently holds a 14.9 per cent stake in Exillon.

It is considering making a bid of at least 300p per share in cash for the remaining shares.

Exillon put itself on the block in mid October, after its Kazakh founder Maksat Arip made a takeover approach, which he subsequently withdrew. Arip is still the largest shareholder in Exillon, with a 30 per cent stake.

Since then a number of other parties have made preliminary offers.

Exillon has previously said that it would review all expressions of interest by the end of the year and make an announcement accordingly.

It is thought that the firm’s board would be open to an offer if they considered it to deliver good value for shareholders.

Goldman Sachs is advising Exillon on the takeover approaches.

Exillon’s board and shareholders have endured a turbulent relationship this year. In January, activist shareholder Worldview Capital Management demanded the removal of the firm’s chairman to turn around a slide in the share price, and three new board members.

It then requested an extraordinary general meeting, which it later withdrew. Almost all shareholders rejected its proposals at a meeting in March. Worldview said at the time that it would continue to look at issues of governance and strategy.

That was not the end of the disputes. In June, shareholders rejected special resolutions at a meeting that would limit the scrutiny of the board. Exillon, which is valued at around £428m, closed up 2.1 per cent.