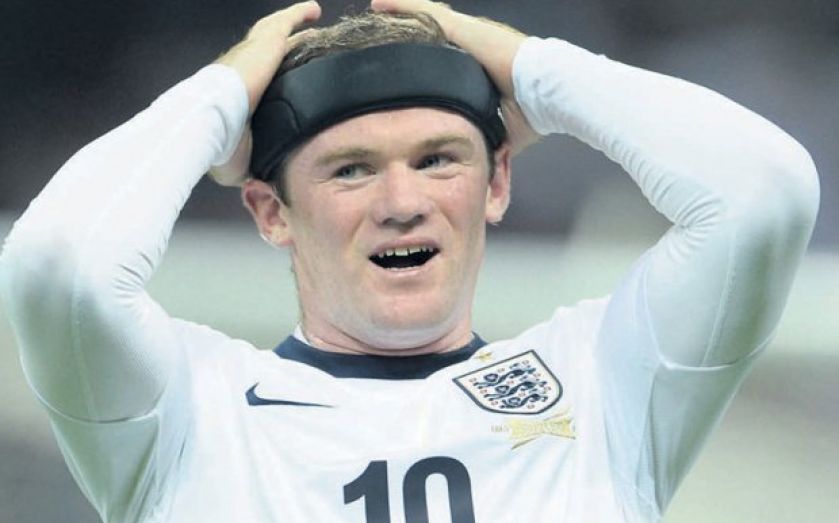 ENGLAND football great Alan Shearer says the national team have no chance of winning the World Cup and has warned that striker Wayne Rooney is at risk of burn-out before next year’s tournament in Brazil.

Coach Roy Hodgson allowed himself to dream of lifting the trophy last month after England secured their place at the finals, saying: “If you want to win the lottery, buy a ticket – and we have our ticket.”

But Football Association chairman Greg Dyke has written off the squad’s chances of winning for the first time since 1966, and Shearer believes England should not expect better than a spot in the last eight.

“No, not of winning it,” Shearer told City A.M. when asked if England had any chance of glory in Brazil.

“I don’t think we can win it; I don’t think many people expect us to win it. I think if we get to a quarter-final that would be relatively successful.

“I don’t think you’ll get any of the England management or players saying they expect to win it. They’ll want to win it – there’s no point going there otherwise – but I think deep down they’d say they don’t think they can win it, certainly not in South America.

“You don’t know who we’re going to be drawn against but at the minute I think a quarter-final or semi-final is the most that we can hope for.”

Rooney’s performances for Manchester United and his country have offered renewed hope as England prepare for consecutive Wembley friendlies against Chile on Friday and Germany on Tuesday.

Shearer, who scored 30 goals in 63 international games, added: “I’m reluctant to praise anyone for hard work because it should be the norm – there are guys who play for pub sides on Sundays who don’t get paid and work hard – but his work rate of late and particularly against Arsenal on Sunday was phenomenal, not only in defence but also midfield and in attack.

“His general play was great as well. I never doubted his form. I think he’s a class act and a great player. If England are going to be successful [at the World Cup] then he is going to have to play well.”

Late-season injuries undermined Rooney’s performances at the last two World Cups, however, and Shearer says the demands of the English season leave him at risk of a repeat.

“It’s a concern with everyone in this country. We don’t have a winter break, we play a lot of games,” said the former striker, who was in the City yesterday to launch a studio specialising in SpeedFlex, a new fitness concept.

“The demand on Rooney will probably be more than anyone else because of who he is. So yes it is a concern, it always has been in every tournament. It was a concern in my day and it’s still a concern now.”

Hodgson is set to experiment against Chile, with Southampton forward Jay Rodriguez and midfielder Adam Lallana in line to win their first caps.

Shearer believes their Saints colleague Rickie Lambert has shown he deserves a World Cup place, even if England’s attacking talent pool is not as deep as in previous eras.

“I would tend to agree with that,” he said. “But then again Rickie Lambert wouldn’t have had a chance. He’s had a wonderful chance and taken it brilliantly. And I think that if he continues his form he should be one of the guys that actually goes to Brazil.”