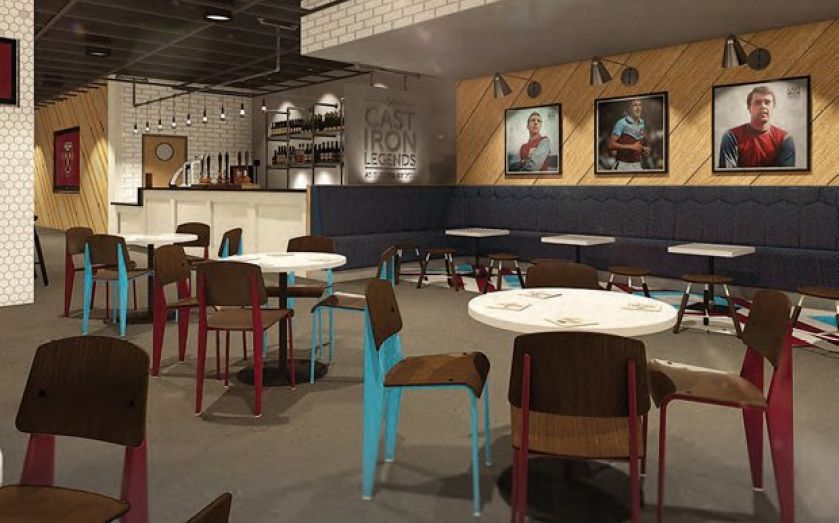 WEST Ham today reveal new images of their plans for the Olympic Stadium, including an exclusive members-only bar called The Boleyn bedecked in the club colours of claret and blue.The Boleyn is part of the east London club’s offering to supporters who buy an enhanced season ticket package, which also includes prime seats situated on the halfway line and a dedicated VIP entrance.Members will be entitled to free drinks at half-time, a programme and use of Cafe Cassetari, which the club say will serve traditional East End food.Membership costs £500 up front, followed by £140 a month and VAT on top, and is restricted to 1,000 supporters.West Ham are due to move from their current home of Upton Park, also known as the Boleyn Ground, to the Olympic Stadium next year in time for the 2016-17 season.