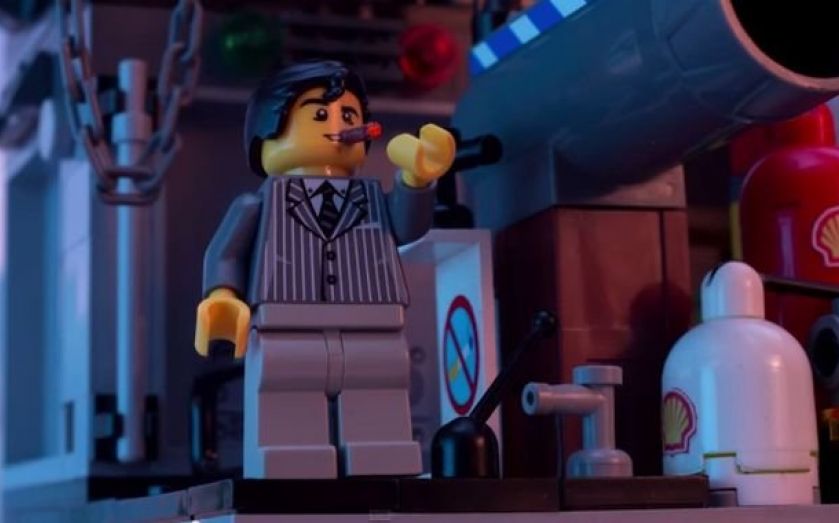 Greenpeace knows the value of social media. So does Lego. And, if it didn't before, now Shell does too.
The toy manufacturer has announced it will not renew its multi-million-pound contract with the oil giant, after a parody video using Lego blocks to depict an Arctic oil spill went viral, notching up nearly six million views.
The stylish video, which was released by the pressure group in July, shows Lego animals and people enjoying sports before a cigar-chomping Shell executive and his minions, digging for oil, cause a slick that destroys everything in its wake.
Set to an acoustic version of the theme tune from Lego's hit film Everything is Awesome that vaguely resembles the John Lewis Christmas ads, the video urges viewers to “tell Lego to end its partnership with Shell”.
Lego currently sells its products through Shell petrol stations in more than 25 countries, in a deal estimated to be worth around £68m.
While Lego Group chief executive Jørgen Vig Knudstorp praised the co-promotion as “one of the many ways we are able to bring Lego bricks into the hands of more children”, he sought to “clarify” that the deal would not be renewed after it ends.
Knudstorp explained: “We continuously consider many different ways of how to deliver on our promise of bringing creative play to more children. We want to clarify that as things currently stand we will not renew the co-promotion contract with Shell when the present contract ends.”
A Lego spokesman declined to comment on timings.
But while Lego has distanced itself from Shell, Knudstorp had some strong words for Greenpeace:

The Greenpeace campaign uses the Lego brand to target Shell. As we have stated before, we firmly believe Greenpeace ought to have a direct conversation with Shell. The Lego brand, and everyone who enjoys creative play, should never have become part of Greenpeace’s dispute with Shell.

If you haven't seen the video yet, you can watch it below.