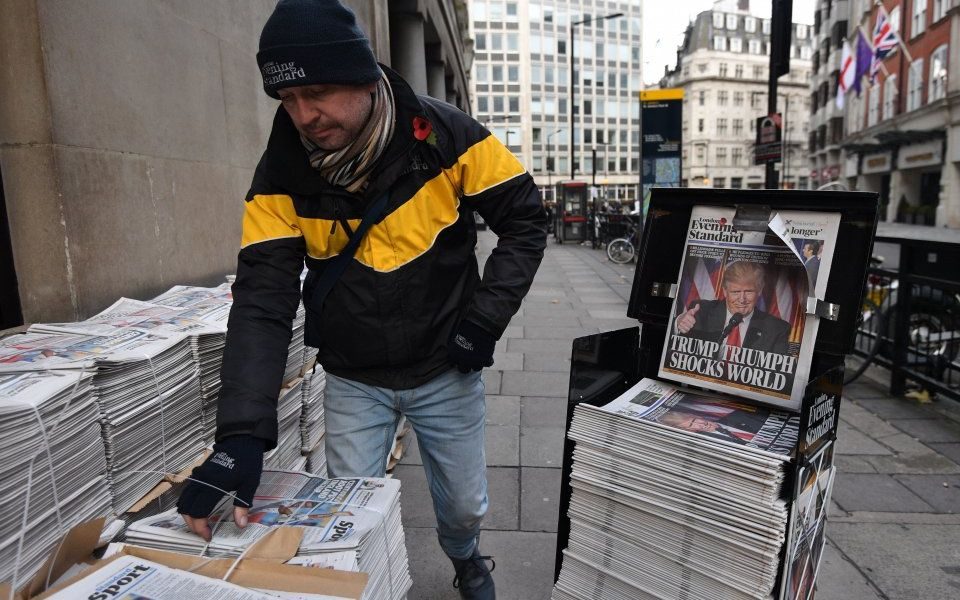 The Evening Standard is to announce a string of job cuts as it looks to merge its print and online businesses.

In an email to staff, editor George Osborne said the paper is making the cuts in a bid to counteract rising costs.

“We will be creating single-structure editorial departments,” he wrote. “This will create efficiencies, and avoid unnecessary duplication, so we can invest in the future.”

The London daily will begin a consultation period to review plans for the new integrated teams, and staff members will be told if they are at risk of redundancy at the end of May.

One Evening Standard reporter told City A.M. the proposed cuts had come out of the blue, but said staff had noticed the paper was getting thinner.

The company’s most recent accounts show the group fell to a pre-tax loss of almost £10m in the year to October 2017, which it blamed on a decline in print advertising revenues.

In the email, Osborne said the newspaper had grown its online readership, but needed to adapt.

“It will not be easy, but if we are going to continue to succeed then we need to go on changing,” the former chancellor wrote.

Read more: Guardian in the black as turnaround plan pays off

Despite increased costs, the Evening Standard's circulation has remained relatively stable in recent months. The free paper had a circulation of 874,314 in March, according to the latest figures from the Audit Bureau of Circulations.