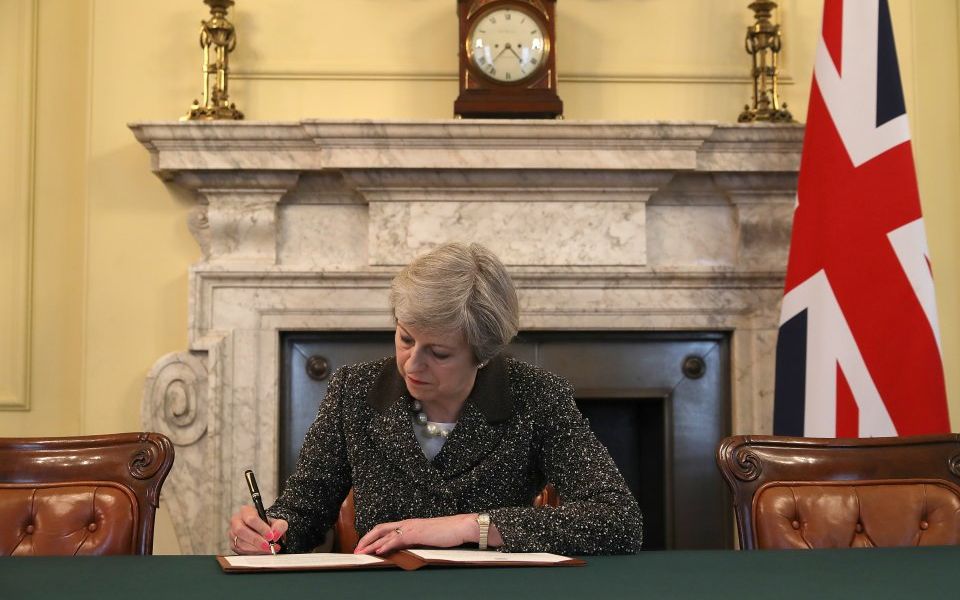 Theresa May heads to the fortress-turned-holiday retreat enjoyed by French Presidents this Friday at the invitation of Emmanuel Macron. Though the PM might hope for a little Mediterranean respite after the past few bruising months, she will be expecting a robust exchange with a smooth operator who has become a serious thorn in her side.

Because it is not just the European Commission who is fighting her Brexit plans every step of the way. France has been the UK’s biggest adversary since the referendum result was revealed, and despite warm words said in public, there has been no discernible shift in policy over the last two years.

Increasingly European leaders are said to back an extension to Article 50, amid fears the gap between the two sides will not close in time to reach a deal.

But City A.M. has learned there is a new caveat attached: the date of the UK's formal departure can and will be pushed back if there is a particular reason – what one source calls “a significant change” – understood to mean a general  election and the arrival of a new PM.

This has been proposed by “serious people” on the EU27 side according to Whitehall sources. It is not thought to have been floated as a Grexit-style play to destabilise the UK and shift the balance of power in talks further from Westminster – although that is a likely outcome. But there is a recognition from the European capitals that May is still weak and could be weakened further if her ambitious summer of love approach to get member states onside fails.

Back home, thoughts of a coup are never far from the minds of pretenders to the crown, with Jeremy Hunt and Sajid Javid seen as on manoeuvres to build support ahead of what sources refer to as a “beauty parade” at the Conservative Party conference in the autumn.

Boris Johnson may be out of favour with business after his rude dismissal of industry shortly before he resigned, but as a poll showed yesterday, he’s top of the pops among party members – and their votes matter.

The pro-Brexit European Research Group has so far kept its powder dry on demanding a leadership challenge, preferring to shepherd May into positions broadly of their liking. These MPs are also pathologically opposed to any delay in leaving the EU.

But if the hated Chequers plan remains in place, while Johnson’s popularity surges as Jeremy Corbyn's wanes, they may suddenly find themselves in rare agreement with Macron and co.