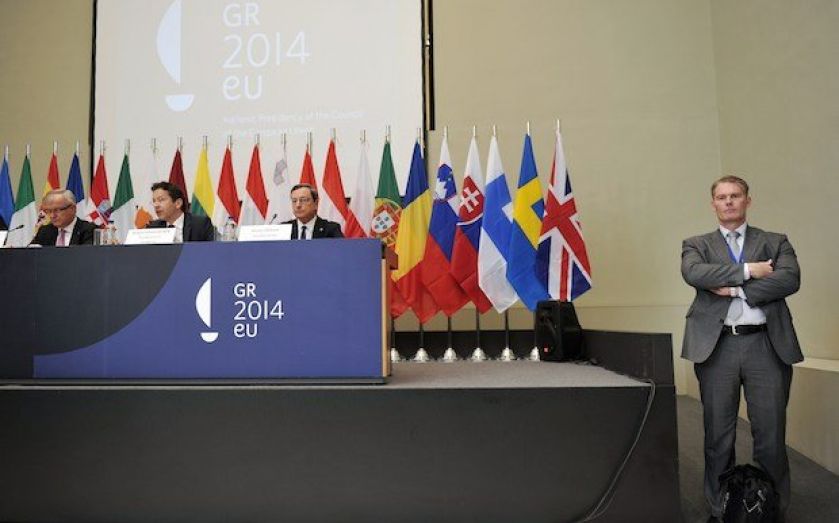 Despite sliding back from the 32-month high seen in February, business activity in the Eurozone’s service sector is still expanding, with Markit's purchasing managers' index coming in at of 52.2 in March.

This is slightly below analysts expectations, which were for a reading of 52.4, from February's 52.6, but remains consistent with a 0.5 per cent increase in GDP for the first quarter as a whole.

Moreover, the speed of expansion in the first quarter of 2014 is at the fastest rate since the second quarter of 2011, and paints a similar story story to that seen in the manufacturing sector.

The final composite index for the Eurozone, which assesses activity in both the services and manufacturing sectors, came in at 53.1 from February's 53.3 and below expectations of 53.2.

The final PMI data for March round off the region’s best quarter for three years, with the survey data signalling that the economy grew by 0.5 per cent compared to the fourth quarter.

Any number above 50 indicates growth.

Markit, who compile the survey, says the outlook for the euro area economy is still “on the upside”, with new orders picking up and a marginal accumulation of backlogs of work during last month.

Increased business activity, new orders and high-quality business have “not yet encouraged a recovery in the labour market”, though, but the economics agency says “signs are also improving on this front too.”

Earlier, we had numbers from individual European countries.

Germany’s seen a slight fall in business activity in March, to 53 – a five-month low. Analysts had expected a reading of 54, from 55.9 in February. France, however, saw a 31-month high, with the reading crossing the 50 threshold to 51.5. This is marginally above expectations, and an improvement on February’s 47.2.

Daiwa Capital Markets Europe comments that data should "help reinforce those expectations that the positive recent momentum in the economy was maintained in Q1."