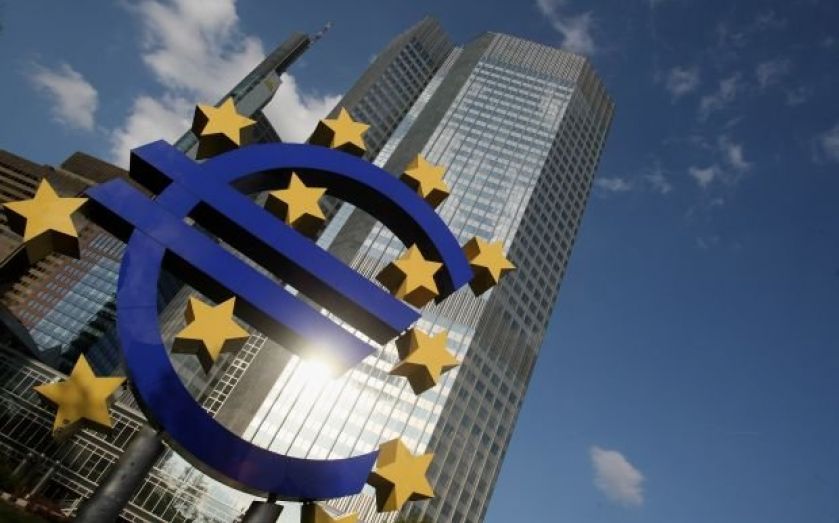 The Eurozone’s already feeble recovery came to a complete halt in the second quarter, with the threat of deflation and growing piles of debt leaving the currency bloc exposed to economic shocks.

Dreary figures released yesterday showed that the euro area did not grow at all in the three months to June, while the previously reliable German economy actually shrank by 0.2 per cent.

“You would only need a couple of small shocks to go over the edge – a geopolitical crisis or financial crisis, for example,” he added. The recent conflict in Ukraine has driven down the confidence of Germany’s private sector, with surveys showing increa­s­ingly weak sentiment from investors.

The European Commission also con­firmed yesterday that inflation in the currency union ran at just 0.4 per cent in the year to July. Four Eurozone countries are already in deflation, and price growth has stalled entirely in Italy, the region’s third-largest economy.

Analysts stressed that with nearly zero growth and inflation, it would be increasingly difficult for the most troubled Eurozone economies to service their sovereign debt, re­quiring continued tax increases or spending cuts.

“Lower nominal GDP growth will make the fiscal adjustment being carried out in a number of Euro­zone economies more challenging, while reducing the political app­etite for much-needed, but painful economic reform,” said Luigi Sper­anza of BNP Paribas.

The French government illustrated the vicious cycle for the Eurozone’s fiscal policymakers, with an admission yesterday from finance minis­ter Michel Sapin in Le Monde that the country would not reach its deficit targets this year.

Sterne added: “Italy is another great case in point: they’ll have to keep running a bigger and bigger primary surplus to stabilise debt levels – by 2019, according to the Inter­national Monetary Fund, it’ll have to be five per cent. There’s a question as to how long that sort of austerity can go on for.”

European Central Bank (ECB) chief Mario Draghi was also under in­creas­­ing pressure to take further action yesterday. Inflation has been on a downward trend for nearly two years, and the ECB’s two per cent price growth target was last reached in January 2013.

“As GDP growth falters in the Euro­zone, and the currency union teeters on the brink of deflation, all eyes are on Draghi to take further action to boost liquidity,” said Nancy Curtin, chief investment officer at Close Brothers Asset Management.

At the last meeting o the ECB’s governing coun­cil, Draghi suggested that the policymakers were content to wait for the effect of the targeted longer-term refinancing operations (TLTROs), which were only announced in June. But some analysts said that the ECB might still opt for a full-blown QE programme.

“If, however, data suggest that growth and inflation continue to weaken in the third quarter – a scenario that is not far-fetched given events in Ukraine – QE might well become irresistible,” said an analyst at Daiwa Capital Markets.