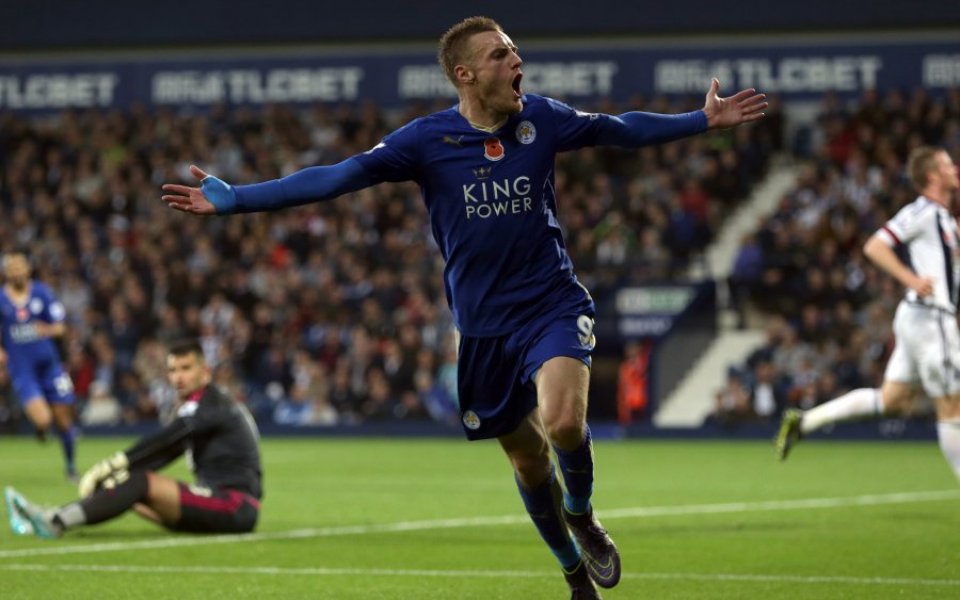 England manager Roy Hodgson has admitted Jamie Vardy is a "very strong contender" to make his England squad for Euro 2016.

The Leicester City striker is the top scorer in the Premier League with 14 goals so far this season and made history last month by becoming the league's first player to score in 11 consecutive games.

Read more: The England players who contributed most to qualifying

Yet Hodgson has been impressed with Vardy's attitude and work rate as well as his goals, and suggested he would be unable to ignore him for Euro 2016 should he continue his impressive form.

"He has received an awful lot of praise but he deserves it because during that run of games where he has scored in 11 consecutive games and scored 13 goals, he has scored some very good ones," said Hodgson.

"He won't score in every game between now and when I select a team for the Euros, but what he can do is continue to be Jamie Vardy, playing in the way Jamie Vardy does and that is always going to make him a very strong contender."

The draw for next summer's European Championships in France takes place later this afternoon, and despite being top seeds, England could still be matched with some strong teams in the group stage.

Italy are lurking in Pot 2, while home nations rivals the Republic of Ireland, Northern Ireland and Wales are also potential opponents.

Ahead of the draw, Hodgson remained philosophical about England's potential opponents.

"I respect Wales and the Ireland teams. There is a good chance we will get one of those because three of them are in the same pot together.

''It is not something that pleases or displeases me. It is just a fact of life and whatever teams we get we will do our best to beat them.''