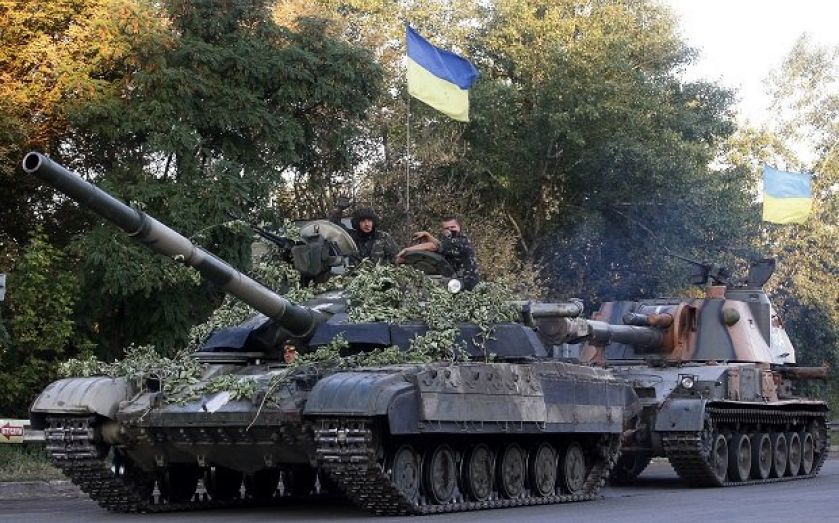 The European Union has threatened Russia with a new round of sanctions if it fails to reverse its latest intervention in Ukraine.

Tensions in the region have dramatically escalated in the last week, with Ukrainian President Petro Poroshenko saying his country was "close to a point of no return – full scale-war" with Russia.

Poroshenko told a news conference in Brussels there were thousands of Russian troops and hundreds of armoured vehicles inside Ukraine giving support to the rebels.

The Ukrainian President's dire warnings were echoed by the President of Lithuania President Dalia Grybauskaite who said Russia was "practically in a war against Europe".

She said: "We need to support Ukraine, and send military materials to help Ukraine defend itself. Today Ukraine is fighting a war on behalf of all Europe."

However, the Kremlin denies accusations that the Russian military has entered Ukraine to join the fight with pro-Russian rebels. Ukrainian troops have been forced from the eastern Donetsk and Luhansk regions, with 2,600 people reportedly killed in the fighting.

These denials have been greeted with extreme scepticism by Western leaders who say there is overwhelming evidence of Russian military units operating inside Ukraine.

Speaking after a summit in Brussels, Mr Van Rompuy said the EU "stands ready to take further significant steps in light of the evolution of the situation on the ground.

"Everybody is fully aware that we have to act quickly."

Van Rompuy was joined by other EU leaders, with French President Francois Hollande saying: "Are we going to let the situation worsen, until it leads to war? Because that's the risk today. There is no time to waste."

German Chancellor Angela Merkel supported further sanctions but added there was no military solution to the conflict.

Earlier this month it was reported that Russia could hit back against Western nations with bans on imported cars if the US and the EU and introduce additional sanctions.

EU governments have previously agreed to impose a host of economic sanctions against Russia, taking aim at bank financing, technology, defence equipment and the oil industry.