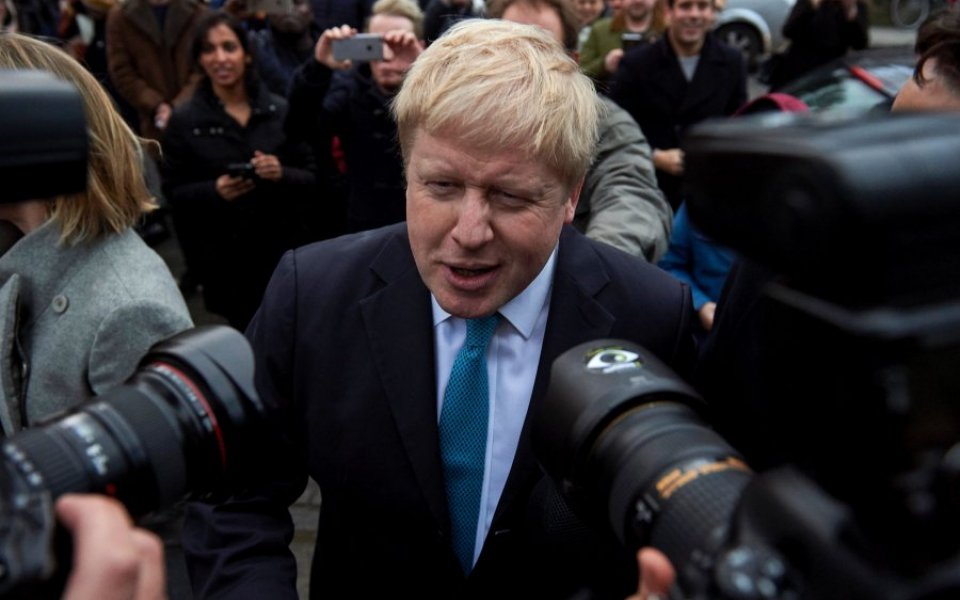 London mayor Boris Johnson declared his support for Britain leaving the European Union last night, in a move that exposed deep divisions in both the Tory Party and the capital.

Johnson announced yesterday that he had “made up” his mind “after a great deal of heartache”, adding, “The last thing I wanted was to go against David Cameron or the government.”

Johnson’s Brexit endorsement was seen as a slight to the Prime Minister but a major coup for eurosceptics, with the latest Ipsos MORI poll showing that more than one in three people regard the mayor as “important” to their decision to vote to remain or leave in the In/Out vote on 23 June.

In a statement outside his north London home, the mayor criticised Cameron’s reform deal, secured at an EU summit in Brussels Friday night.

“I don't think anyone could realistically claim this is a fundamental reform of the EU or of Britain's relationship with EU,” Johnson said.

Meanwhile, the Conservative candidate to succeed Johnson in City Hall, Zac Goldsmith, also revealed that he would vote for the UK to leave the EU.

“We would be better off out of the EU, and I will be voting to leave,” Goldsmith said. “I recognise that opinion in London is at best divided on this issue, and as a mayoral candidate, it would be easier for me to quietly U-turn.

“But I didn’t get involved in politics to test every idea with pollsters, flip flop on the big issues and then carry on regardless once elected.”

Goldsmith conceded that many of Britain’s biggest businesses would disagree with his view, but added “business does not speak with one voice”, citing figures showing that most of the capital’s small and medium-sized firms say EU regulation makes it harder for them to hire.

“And a growing number of large businesses have stated that Britain would flourish, or at least not be disadvantaged by leaving the EU,” he added.

The open letter follows Gerard Lyons, the mayor’s chief economic adviser who sits on the board of TheCityUK, slamming Cameron’s deal as “far from what the City needed or wanted”. TheCityUK chief executive Chris Cummings, on the other hand, said over the weekend that the Prime Minister had laid “solid foundations on which to build a stronger EU”.

Other industry groups are likewise finding their members divided on the question of whether the UK should remain in the EU.

The Institute of Directors (IoD) polled its members over the weekend, finding 60 per cent plan to vote to remain, while 31 per cent will vote to leave. The remaining 9 per cent were undecided.

A separate EEF poll out today found that six in 10 manufacturers want the UK to remain in the EU, while just 5 per cent back Brexit. Nearly a quarter said their company was undecided or would not be taking a stance in the run-up to the referendum.

Sky News reported yesterday that up to one-half of FTSE100 chairmen and chief executives are expected to sign an open letter this week saying that leaving the EU “would put the economy at risk”. The letter is understood to have been approved by Downing Street officials.