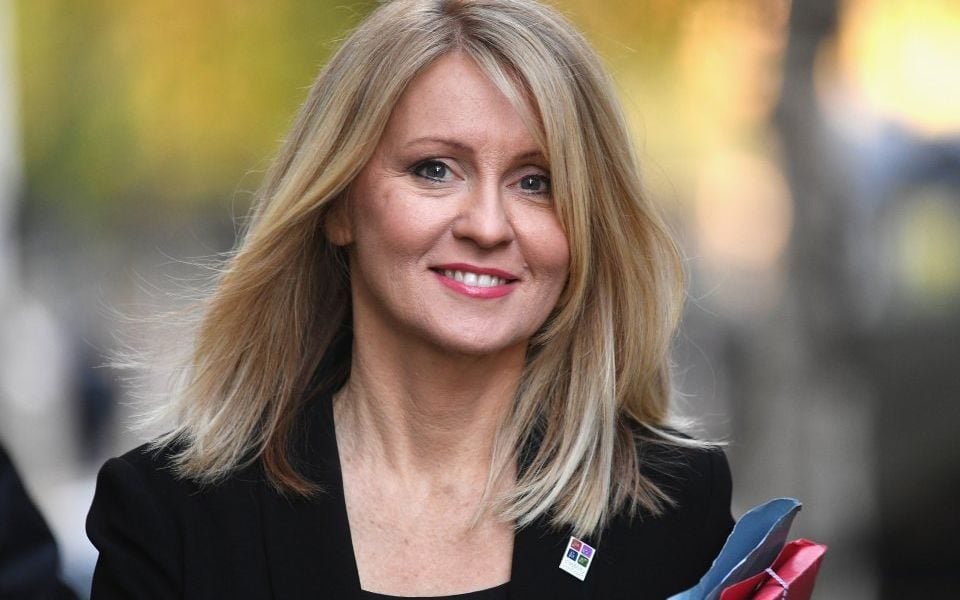 Another Conservative MP has joined the race to become the next Prime Minister, with former work and pensions secretary Esther McVey announcing she will stand in the race to succeed Theresa May.

McVey, who lost her Wirral West seat in 2015 before being elected as MP for Tatton two years later, revealed this morning that she would stand in a future leadership contest.

Read more: The next Prime Minister? Six MPs who could succeed Theresa May

May has vowed to stand down as Conservative leader if MPs finally back her Brexit deal, but is under increasing pressure to set out a timetable for departure if parliament rejects the plan for what would be a fourth time.

McVey joins international development secretary Rory Stewart and leader of the Commons Andrea Leadsom in publicly declaring their willingness to stand, while a host of other MPs are rumoured to be planning leadership bids.

Speaking on Talk Radio, McVey – who resigned from cabinet in November in protest at May’s Brexit deal – said: "I've always said quite clearly that if I got enough support from colleagues then, yes, I would, and now people have come forward and I have that support."

McVey’s ambition for the top job was revealed in the run up to the 2015 election, when she told ITV’s Loose Women she wanted to be Prime Minister.

That plan seemed to be thwarted when she lost her seat, but two years later she was selected to succeed George Osborne as the candidate for the Conservative safe seat of Tatton.

While McVey, Stewart and Leadsom have all made their intentions public, other MPs are also in contention.

Former Brexit secretary Dominic Raab has won the support of a number of MPs, including his predecessor at the Department for Exiting the EU, David Davis and former culture secretary Maria Miller.

Boris Johnson is also seen to be preparing a bid, as are Michael Gove, Matthew Hancock, Jeremy Hunt, Sajid Javid and Penny Mordaunt.